Want to listen to the audiobook Blood on the Lens: A Filmmaker's Quest for Truth in Afghanistan written by Jim Burroughs?
MP3 Audiobook Player is here to help! 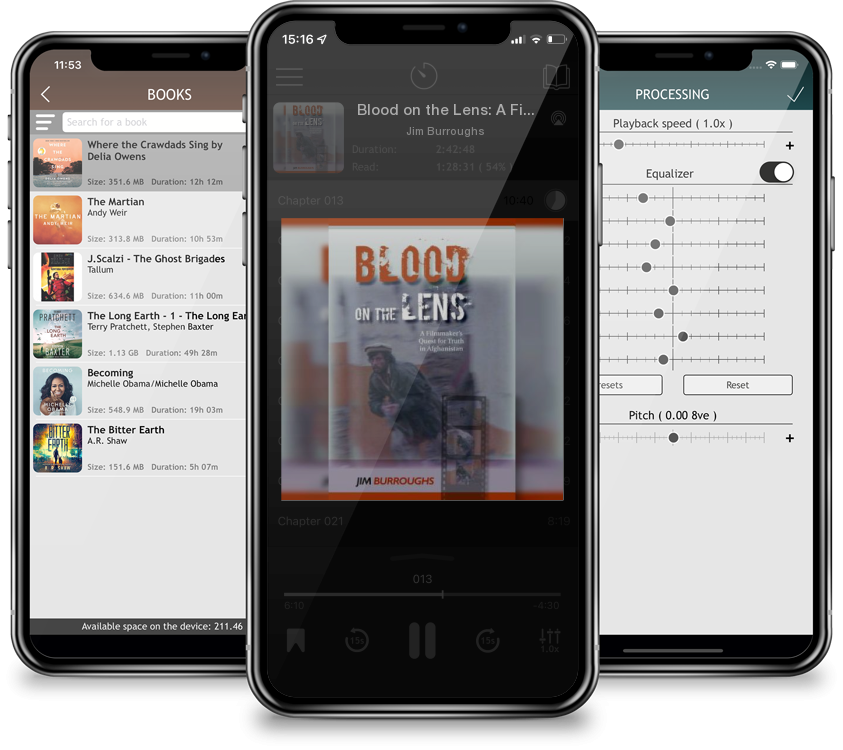 Blood on the Lens: A Filmmaker's Quest for Truth in Afghanistan

Murder is an effective way to gain power over others. Kill its leaders, and a country can be yours. Kill the people or ruthlessly intimidate them, and you can control their territory. Kill the journalists—or the story—and the truth of what is happening can be buried. Blood on the Lens chronicles filmmaker Jim Burroughs’s eighteen trips to Afghanistan since 1986, the bloody and deceit-ridden period that saw the war against the Soviets, the cessation of American support, the civil war, the rise of the Taliban, the hijacking of the country by al Qaeda, the U.S.-led invasion, and the herculean effort to form a new country under the rule of law. Two casualties of these years of bloodshed were fellow documentary makers Lee Shapiro and Jim Lindelof, who disappeared on their way to interview legendary leader Ahmed Shah Massoud in 1987. Part of this illuminating book recounts an undercover sortie by Burroughs and a close friend of Shapiro into Taliban-controlled territory in 1998 to investigate their disappearance—unaware that at that moment just a few miles away, bin Laden was declaring his war against “all Jews and crusaders.” Through such personal experiences, Blood on the Lens documents twenty years of treachery and betrayal, courage and hope in a country like no other. In conjunction with the release of Blood on the Lens, Burroughs and fellow filmmakers Suzanne Bauman and Dan Delvaney will release their documentary, Shadow of Afghanistan in select cities this fall. Filmed over twenty years, this is the untold story of Afghanistan, an epic tale of assassination, genocide and betrayal seen through the eyes of an Afghan Commander and independent journalists. For more information on the documentary, click on the companion site link above.