Want to listen to the audiobook Bob Marley, My Son written by Cedella Marley Booker?
MP3 Audiobook Player is here to help! 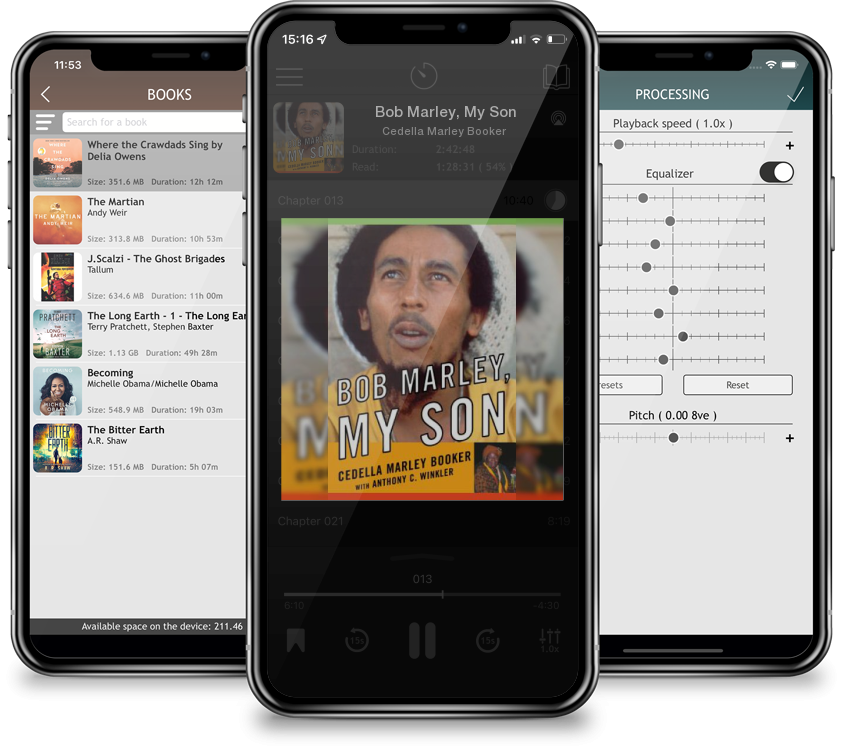 In this revealing and poignant account of the life of her son, reggae icon Bob Marley (1945-1980), Mother Cedella Marley Booker traces the unique history of Bob Marley and his contribution to popular music as only a parent could. Booker recalls her poor rural upbringing in the district of Nine Miles in Jamaica, her parents' relationship, and her courtship with Captain Marley, the white man forty years her senior who turned up one day in her father's fields and took Cedella to his bed when she was just sixteen. Their child was Bob Marley, who would introduce the world to reggae, and whose talent would later transform the course of popular music with such classics as "Get Up, Stand Up," "Buffalo Soldier," "No Woman, No Cry," Stir It Up," and "One Love." With admirable candor, Booker shares her struggles in raising Bob on her family's farm in St. Ann's and the crime-riddled streets of Kingston, and her courageous move to start a new life in the United States. Bob stayed behind in Jamaica to perfect his music, though the two remained close as he began his transformation into reggae superstar and cultural prophet. Booker details Marley's embrace of Rastafarianism, the women in his life, his use of ganja, and his last months when Cedella nursed him until he succumbed to cancer. This book is a true look at Marley's life--not just as a cultural icon, but as a son.