Want to listen to the audiobook Bon Appetempt: A Coming-of-Age Story (with Recipes!) written by Amelia Morris?
MP3 Audiobook Player is here to help! 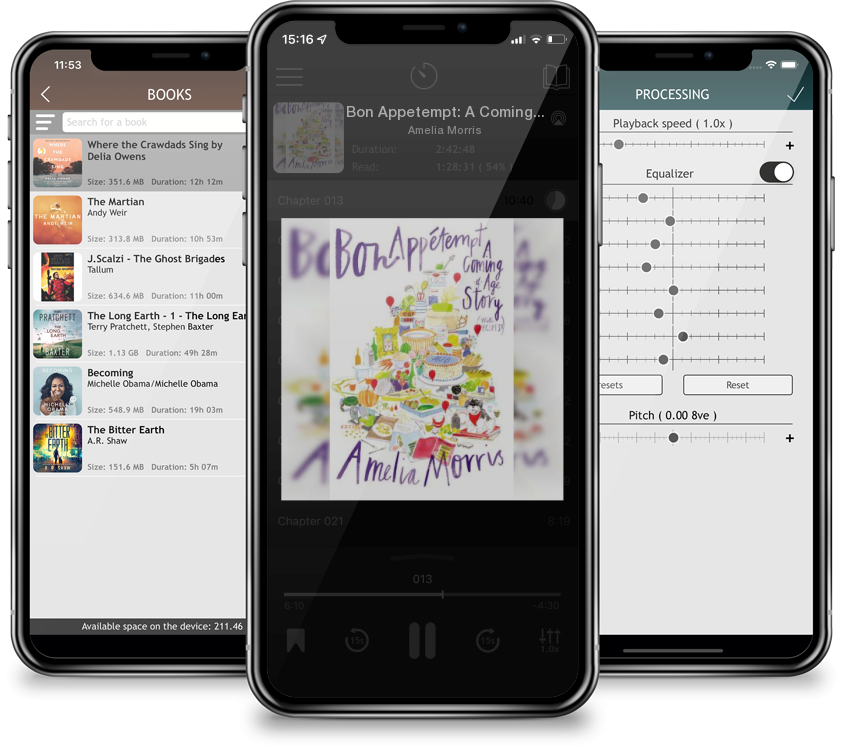 When Amelia Morris saw a towering, beautiful chocolate cake in Bon Appétit and took the recipe home to recreate it for a Christmas day brunch she was hosting, it resulted in a terrible (but tasty) mess that had to be served in an oversize bowl. It was also a revelation. Both delicious and damaged, it seemed a physical metaphor for the many curious and unexpected situations she's found herself in throughout her life, from her brief career as a six-year-old wrestler to her Brady Bunch-style family (minus the housekeeper and the familial harmony) to her ill-fated twenty-something job at the School of Rock in Los Angeles. As a way to bring order to chaos and in search of a more meaningful lifestyle, she finds herself more and more at home in the kitchen, where she begins to learn that even if the results of her culinary efforts fall well short of the standard set by glossy food magazines, they can still bring satisfaction (and sustenance) to her and her family and friends. Full of hilarious observations about food, family, unemployment, romance, and the extremes of modern L.A., and featuring recipes as basic as Toasted Cheerios and as advanced as gâteau de crêpes, Bon Appétit is sure to resonate with anyone who has tried and failed, and been all the better for it.