Want to listen to the audiobook Books and Rough Business written by Tullio Pironti?
MP3 Audiobook Player is here to help! 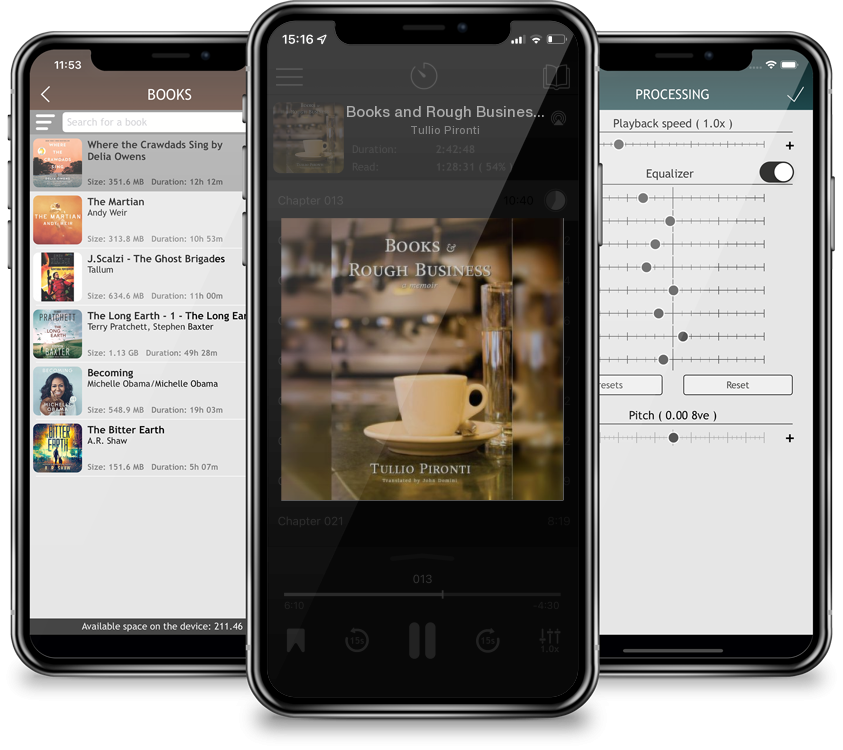 Books would seem to be one thing, and rough business another -- except that the life of Tullio Pironti has brought both together.  This mover and shaker in Italian arts and publishing began as a scuffling street kid in Naples, then enjoyed a boxing career that included two trips to the nationals, and only after that entered the book business.  Yet in the decades that followed, he ended up working with the likes of the Nobel Prize-winner Naguib Mahfuz and the Maestro of Italian film, Federico Fellini.  Not surprisingly, then, Pironti’s memoir won wide attention in his home country, with more than 100 notices.  Red Hen Press is excited to bring it out now in an American edition.    Before anything else, the young Pironti had to survive a war.  His memoir begins with a refugee experience, as he and his family are driven out of their homes in downtown Naples by the American bombing of 1942-43.  Then after the liberation, Pironti must make his way with his wits and his fists, amid a colorful array of Neapolitan street figures.  His recollections of youth provide rare insight into coming of age in a culture so ancient, so full of secrets.  Then once Pironti quits his boxing career, the real fight begins.  His rise as editor and publisher presents the Italian version of up by the bootstraps -- during a period of near-Biblical changes for the country.  In the arena of the arts, Pironti experiences those changes first-hand.  As he improvises his way onto the best-seller lists and into the film industry, his work makes a larger and larger place for women, and for books by Arabs and Africans.  Then too, many of his publications boldly expose the destructive collusion between the Mafia and the politicians in Rome.  At the memoir’s climax, Pironti himself suffers for his exposés.  He faces trumped-up charges from some of the most powerful forces in Italy, and finds out just how gratifyingly broad his support is, across native city.  Anyone who wants to know the real Italy, and what it’s been through over the last half-century, will find Books & Rough Business a source of endless fascination.  On top of that, this autobiography offers the timeless pleasures of watching a wily player work his way from next to nothing to great success, overcoming just about every kind of adversity along the way.