Want to listen to the audiobook Boy Erased (Movie Tie-In): A Memoir of Identity, Faith, and Family written by Garrard Conley?
MP3 Audiobook Player is here to help! 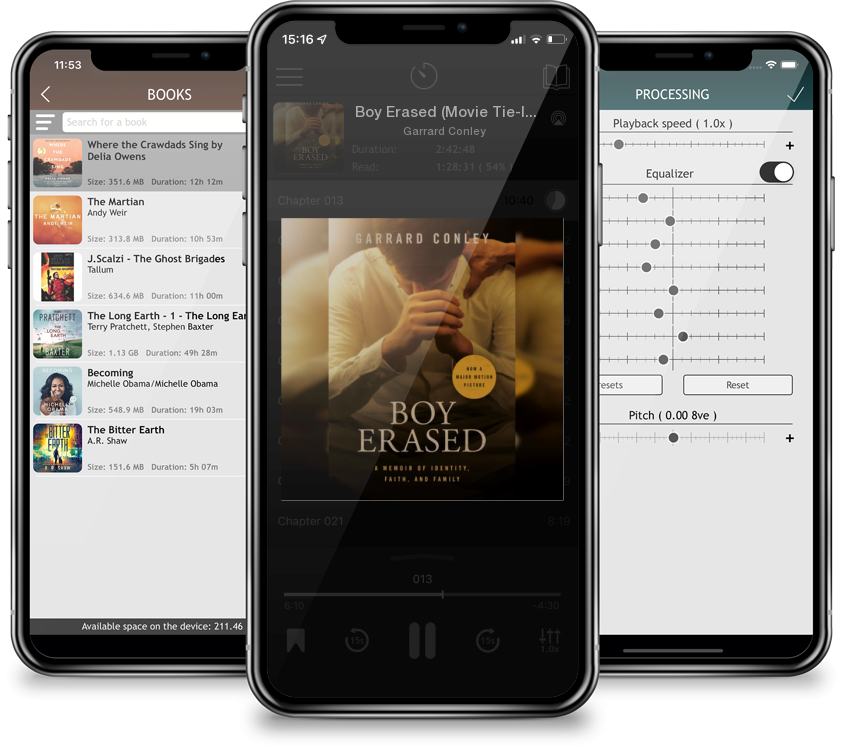 The New York Times bestselling memoir about identity, love and understanding. Now a major motion picture starring Nicole Kidman, Russell Crowe, and Lucas Hedges, directed by Joel Edgerton. "Every sentence of the story will stir your soul" (O Magazine).The son of a Baptist pastor and deeply embedded in church life in small town Arkansas, as a young man Garrard Conley was terrified and conflicted about his sexuality. When Garrard was a nineteen-year-old college student, he was outed to his parents, and was forced to make a life-changing decision: either agree to attend a church-supported conversion therapy program that promised to "cure" him of homosexuality; or risk losing family, friends, and the God he had prayed to every day of his life. Through an institutionalized Twelve-Step Program heavy on Bible study, he was supposed to emerge heterosexual, ex-gay, cleansed of impure urges and stronger in his faith in God for his brush with sin. Instead, even when faced with a harrowing and brutal journey, Garrard found the strength and understanding to break out in search of his true self and forgiveness. By confronting his buried past and the burden of a life lived in shadow, Garrard traces the complex relationships among family, faith, and community. At times heart-breaking, at times triumphant, Boy Erased is a testament to love that survives despite all odds.