Want to listen to the audiobook Breaking Ground: From Landmines to Grapevines, One Woman's Mission to Heal the World written by Heidi Kuhn?
MP3 Audiobook Player is here to help! 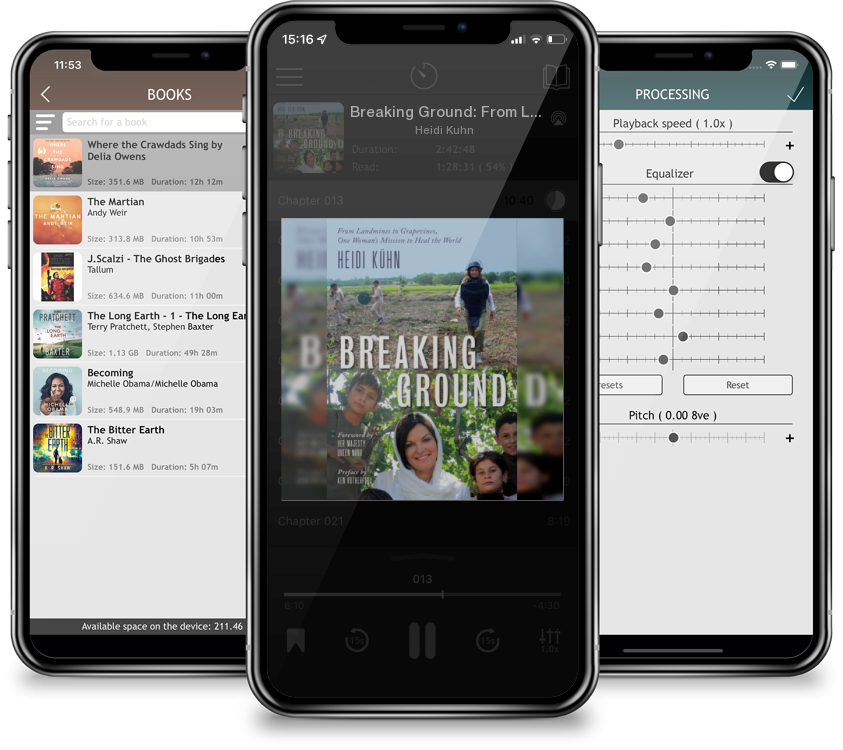 Breaking Ground: From Landmines to Grapevines, One Woman's Mission to Heal the World

Both a memoir and a call to action, this book is a gripping account of the author’s quest to eradicate landmines from the face of the earth.Heidi Kühn's commitment to fostering peace and raising awareness has been a driving force in her life—from her early days as a student at the University of California, Berkeley, to her time as a reporter in Juneau, Alaska, covering the Exxon Valdez oil spill and US-Russia relations. After overcoming a potentially terminal cancer diagnosis that threatened everything she held dear, Heidi became determined to rid the world of another form of cancer that has plagued the world for decades—landmines—in regions as far-flung as Croatia Vietnam, and Afghanistan.  Inspired by her work of the late Princess Diana, Heidi began the humanitarian organization Roots of Peace from the basement off her Northern California home. She gained the support of famed Napa Valley vintners Robert Mondavi and Mike Grgich, and soon her mines-to-vines. mission began to take hold.  In this powerful memoir, Heidi tells the Roots of Peace story, guiding the reader from the early days in which she built her vision to her current presence on the global stage, where she has worked with presidents, prime ministers, landmine survivors, and religious leaders from around the world to spread a message of peace and recovery. In the years since the founding of Roots of Peace, its agricultural projects have made tremendous progress to fight against landmines, revitalizing devastated land and uplifting the lives of countless people in the process.  Through recalling her journey, Heidi reveals the remarkable change an ordinary person can inspire. Her story is one of faith, healing, and the compassion needed to grow a more peaceful world. Breaking Ground will encourage you to do the extraordinary and help plant the seeds of change for a brighter future.