Want to listen to the audiobook Broken Roads: Returning to My Amish Father written by Ira Wagler?
MP3 Audiobook Player is here to help! 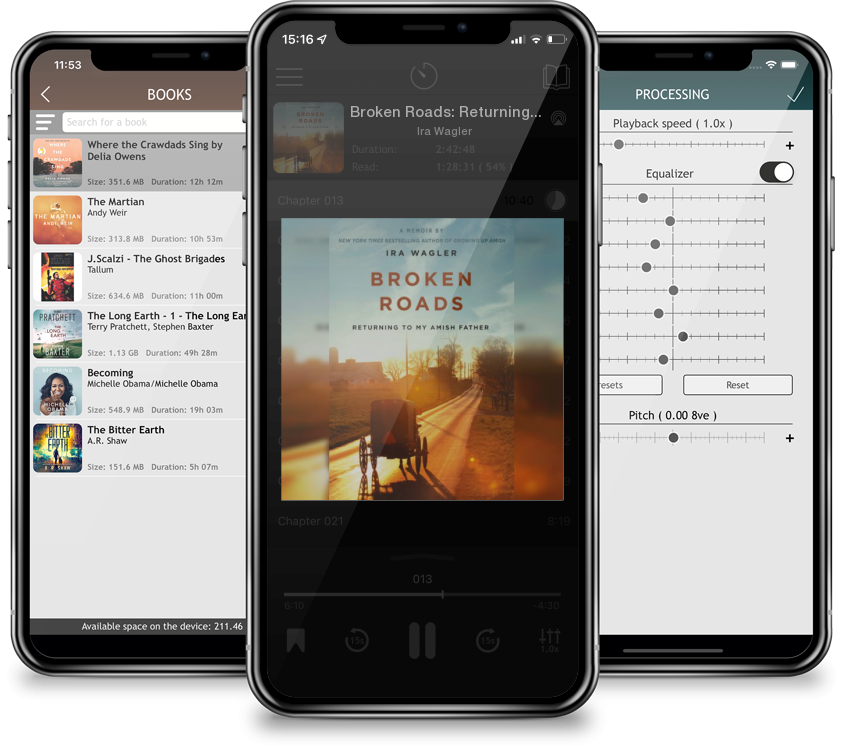 In this insightful memoir, the New York Times bestselling author of Growing Up Amish tries to reconcile his father, family, and heritage after leaving his faith behind.In Broken Roads, Ira Wagler uses his singular voice to unapologetically, but compassionately, illuminate the inner world of the Amish community through his story of life after leaving, what feels like his inevitable return to his Amish father, and how they might mend the relationship between them before it's too late.Through difficult reunions, struggles confronted, and betrayals revisited, Wagler explores burning questions of faith and identity shared by millions, whether Amish or not. Readers may recognize themselves along these paths with Wagler, as he grapples with choices, faith, family, the past, and the future.