Want to listen to the audiobook Can You Believe It?: 30 Years of Insider Stories with the Boston Red Sox written by Joe Castiglione?
MP3 Audiobook Player is here to help! 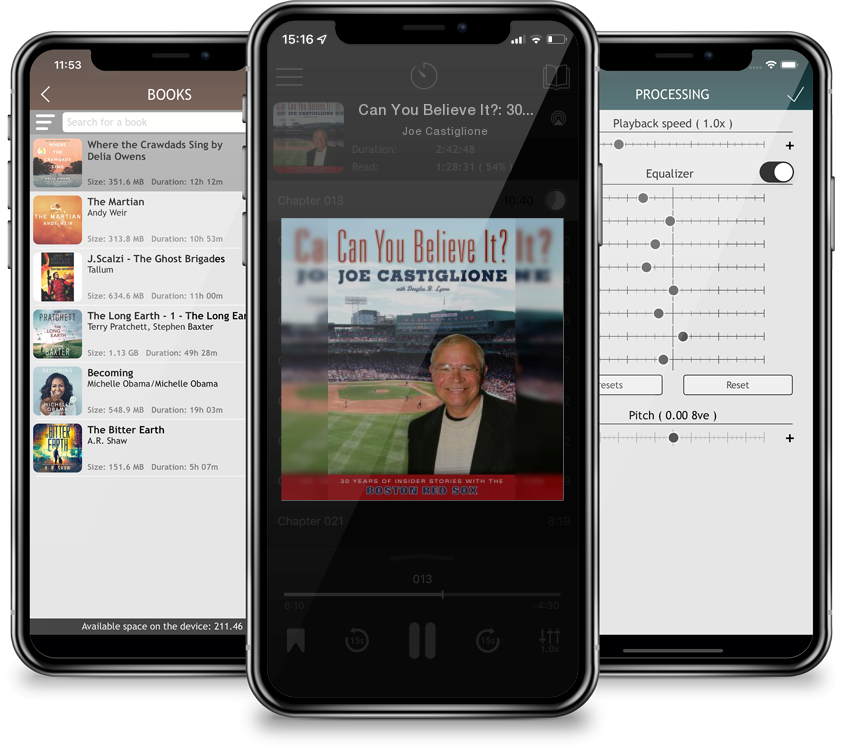 Can You Believe It?: 30 Years of Insider Stories with the Boston Red Sox

Joe Castiglione is one of a few select announcers whose voice harkens fans back to the home field of their favorite team. After 30 years, his commentary has become as much a part of Boston Red Sox lore as the Green Monster, the Pesky Pole, and Yawkey Way. In this chronicle, the beloved broadcaster offers his insider account of one of the most dominant baseball teams of the past decade—from the heartbreaking 1986 World Series and the turbulent 1990s to the magical 2004 American League Central Series and World Series, the 2007 championship season, and the state of the team today. Castiglione takes fans behind the microphone and into the champagne soaked clubhouse, hotels, and back rooms where even media had no access, and recounts such tales of his tenure as his friendship with Pedro Martinez and what it was like to ride in the Duck Tour boats during Boston’s victory parades.