Want to listen to the audiobook Carl Schmitt: The Sovereign Collection written by Carl Schmitt?
MP3 Audiobook Player is here to help! 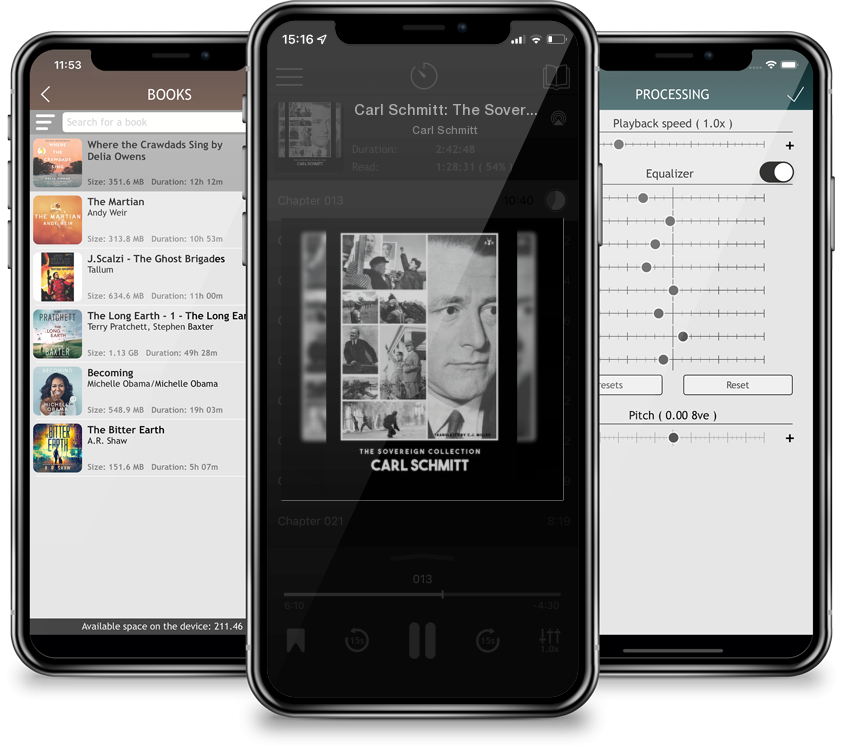 The Sovereign Collection consists of the three most influential works by renowned legal theorist and jurist Carl Schmitt. These works are indispensable in the effort to understand contemporary and future political developments. The first work, Political Theology, consists of four essays, which address, respectively: Sovereignty, political power, 'decisionism' (decision theory), and the state of exception. It is renowned among English-speaking dissidents for its hard-hitting description of the relationship between political leaders, the norms of legal order, and Schmitt's definition of the 'Sovereign'. The Concept of the Political is Carl Schmitt's most influential work and one of the most influential works of political philosophy. First published in 1932 as an elaboration of a 1927 journal article, Schmitt lays out the concept of the political - the friend-enemy distinction - and delivers a cogent critique of the impossibility and impracticability of anything that seeks to abolish that distinction. Schmitt also sets up a cohesive theory that takes account of the varying intensities of the political. His theory cuts to the heart of the political phenomena and provides insight that will prove increasingly relevant for coming generations. The concluding text, Theory of the Partisan, consists of two lectures, delivered by Carl Schmitt in 1962, addressing the transformation of war in the post-European age. This accessible work analyzes the origin, evolution, and practical effects of the modern partisan. With the rise of political terrorism and the universal acceptance of critical theory, Schmitt's Theory of the Partisan emerges today more relevant than ever. All three works are newly translated by C.J. Miller in 2020. These translations are more faithful to the original German. Antelope Hill Publishing is proud to present an original collection of Carl Schmitt's most cutting and eternally relevant contributions to political philosophy, The Sovereign Collection.