Want to listen to the audiobook Chronicles of a Radical Criminologist: Working the Margins of Law, Power, and Justice (Critical Issues in Crime and Society) written by Gregg Barak?
MP3 Audiobook Player is here to help! 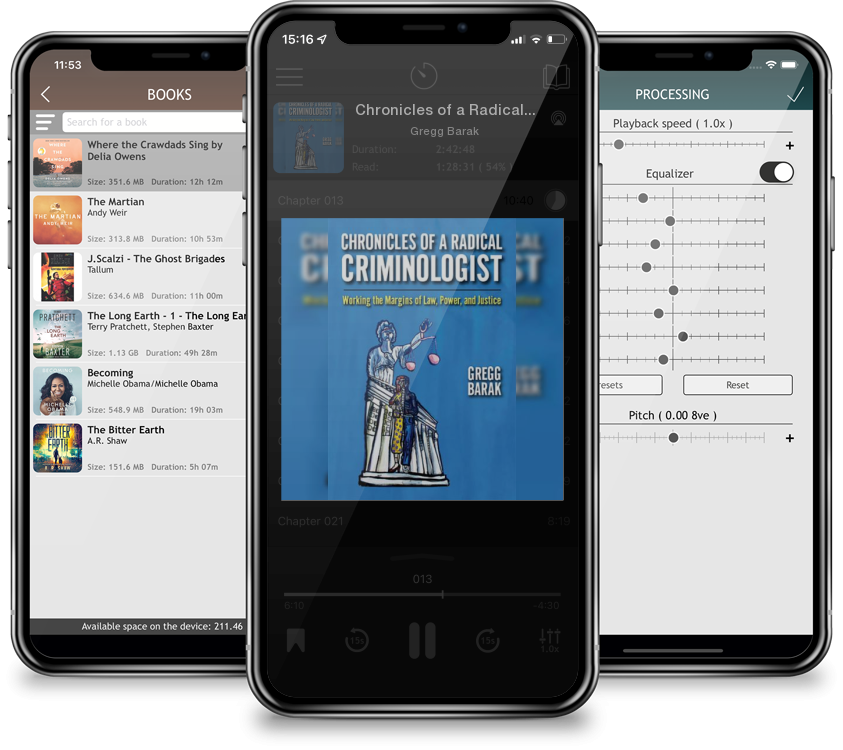 Chronicles of a Radical Criminologist: Working the Margins of Law, Power, and Justice (Critical Issues in Crime and Society)

Over the past five decades, prominent criminologist Gregg Barak has worked as an author, editor, and book review editor; his large body of work has been grounded in traditional academic prose. His new book, Chronicles of a Radical Criminologist, while remaining scholarly in its intent, departs from the typical academic format. The book is a a first-person account that examines the linkages between one scholar's experiences as a criminologist from the late 1960s to the present and the emergence and evolution of radical criminology as a challenge to developments in mainstream criminology. Barak draws upon his own experiences over this half-century as a window into the various debates and issues among radical, critical, and technocratic criminologies. In doing so, he revisits his own seminal works, showing how they reflect those periods of criminological development.   What holds this book together is the story of how resisting the crimes of the powerful while struggling locally for social justice is the essence of critical criminology. His seven chapters are divided into three parts—academic freedom, academic activism, and academic praxis—and these connected stories link the author's own academic career in Berkeley, California; Las Vegas, Nevada; Chicago; Alabama; Ann Arbor, Michigan; and across the United States. Barak's eventful scholarly life involved efforts to overcome laws against abortion and homosexuality; to formalize protective practices for women from domestic violence and sexual assault; to oppose racism and classism in the criminal justice system; to challenge the wars on gangs, drugs, and immigrants; and to confront the policies of mass incarceration and the treatment of juvenile offenders.