Want to listen to the audiobook Comfortably Numb: The Inside Story of Pink Floyd written by Mark Blake?
MP3 Audiobook Player is here to help! 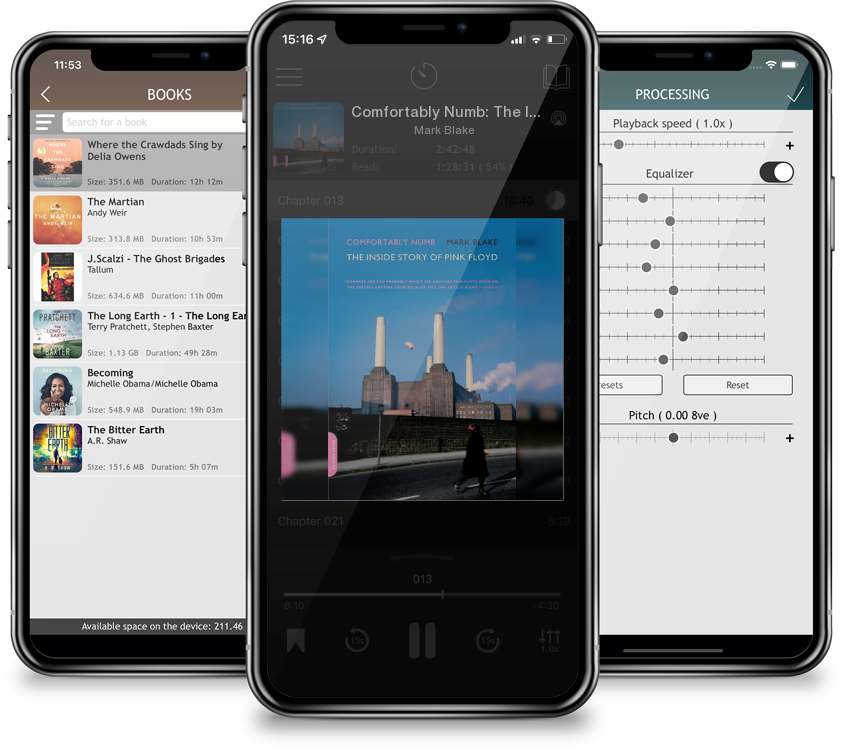 Comfortably Numb: The Inside Story of Pink Floyd

The acclaimed, definitive biography of Pink Floyd, from their iconic beginnings in psychedelic, Swinging London to their historic reunion at the Live8 concert ("The most complete, insightful, and current account of Pink Floyd...nearly as essential as the music itself."--Austin Chronicle)Mark Blake draws on his own interviews with band members as well as the group's friends, road crew, musical contemporaries, former housemates, and university colleagues to produce a riveting history of one of the biggest rock bands of all time. We follow Pink Floyd from the early psychedelic nights at UFO, to the stadium-rock and concept-album zenith of the seventies, to the acrimonious schisms of the late '80s and '90s. Along the way there are fascinating new revelations about Syd Barrett's chaotic life at the time of Piper at the Gates of Dawn, the band's painstaking and Byzantine recording sessions at Abbey Road, and the fractious negotiations to bring about their fragile, tantalizing reunion in Hyde Park. Meticulous, exacting, and ambitious as any Pink Floyd album, Comfortably Numb is the definitive account of this most adventurous--and most English--rock band.