Want to listen to the audiobook Commuting Stress: Causes, Effects, and Methods of Coping written by Meni Koslowsky?
MP3 Audiobook Player is here to help! 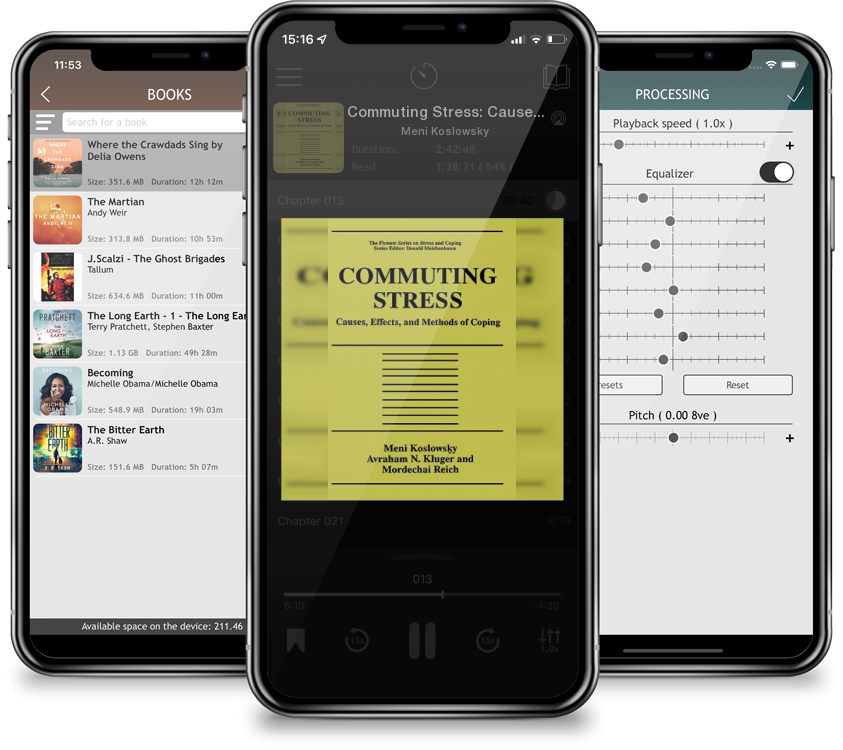 Several people have asked what motivated us to write a book about commut- ing, something that we all do but over which we have very little control. As a matter of fact, the general reaction from professional colleagues and friends alike was first a sort of knowing smile followed by some story. Everyone has a story about a personal commuting experience. Whether it was a problem with a delayed bus, a late arrival, broken-down automobiles, hot trains or subways, during the past year we have heard it all. Many of these stories must be apocryphal because, if they were all true, it is amazing that anyone ever arrived at work on time, at home, or at some other destination. The interest for us likely stems from many factors that over the years have probably influenced our thinking. All of the authors studied and/or grew up in the New York City metropolitan area. For illustration, let's devote a few paragraphs to describing some of the senior author's (Koslowsky's) life experiences. As a young man in New York City, he was a constant user of the New York City subway system. The whole network was and still is quite impressive. For a relatively small sum, one can spend the whole day and night in an underground world (growing up in New York often makes one think that the whole world is contained in its five boroughs).