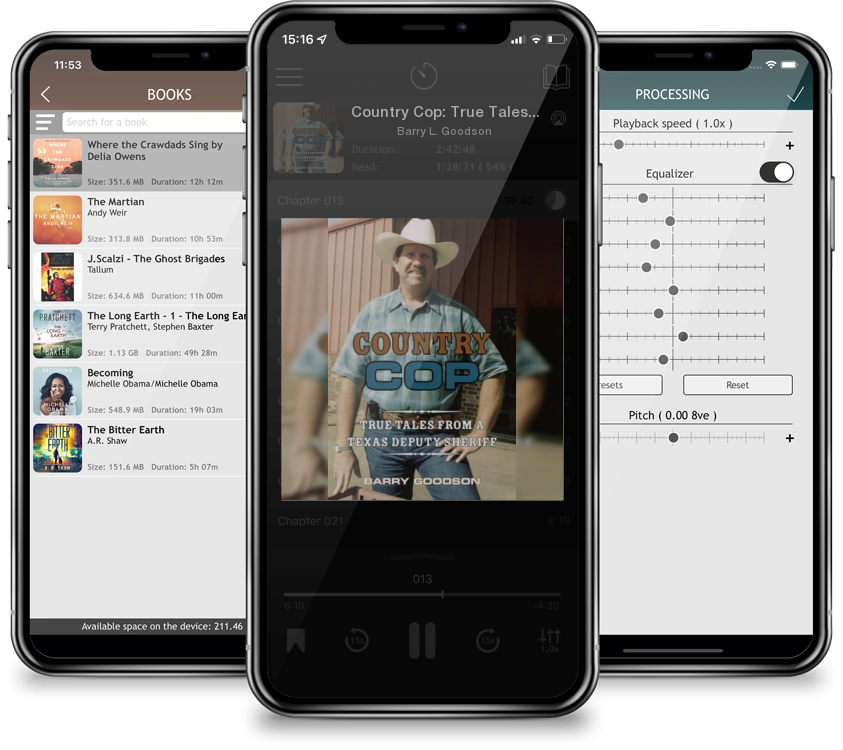 The deputy sheriff or sheriff of a county often is perceived as the lone officer protecting the citizens of a small town. Country Cop is the riveting story of one such deputy sheriff, Barry Goodson, and his experiences with the Parker County Sheriff’s office in the 1990s and early 2000s in North Texas. Goodson puts the reader in his patrol car to vicariously share what it is like to be in county law enforcement. He reveals his officer’s skills, which include the ability to identify an offender immediately, to assess that offender’s immediate intent (apparent or not), and to decide on proper action.Calls from dispatch ranged from a simple need to clear livestock from the highways to shots fired or a 150 mph high-speed auto chase of drug dealers. More often, drug dealer attacks erupted during a perceived normal traffic stop with the offender suddenly producing a weapon, forcing Goodson to use force to subdue the individual. Even a domestic violence call takes an adverse turn when the battered wife attacks with a pair of scissors.