Want to listen to the audiobook Crean - The Extraordinary Life of an Irish Hero written by Tim Foley?
MP3 Audiobook Player is here to help! 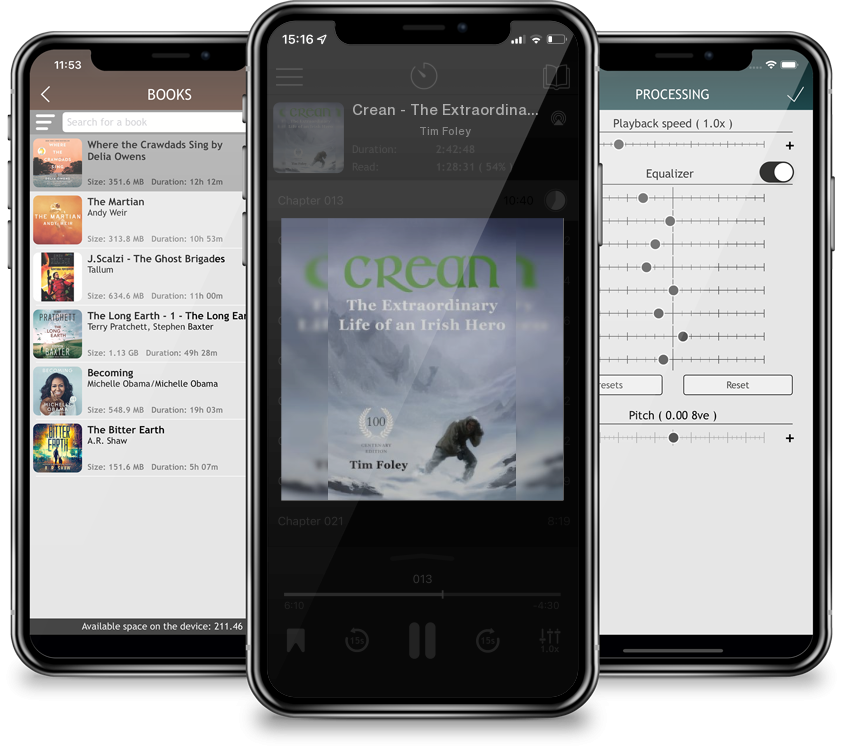 Crean - The Extraordinary Life of an Irish Hero

Since 2010 Tim Foley has been the driving force of a campaign to honour a man with a remarkable story. Tom Crean, the subject of the new book 'Crean -The Extraordinary Life of an Irish Hero, ' was born and raised a few miles away from the author's father, on the breathtaking Dingle Peninsula in County Kerry, Ireland.Tim's narrative in this standalone biography is based on many years of research and study into the life of Crean, who joined the Navy at 16-years-old and who embarked upon a career that saw him become a member of three major, pioneering Polar expeditions of the 20th century.The story commences in late 19th century Ireland under the governance of the British Empire and continues through Crean's career in the Royal Navy whilst serving under the leadership of Captain Robert Falcon Scott and Sir Ernest Shackleton over the course of three Antarctic expeditions, Discovery, 1901-1904, Terra Nova, 1910-1913 and Endurance, 1914-1916.After serving an unhappy apprenticeship under the strict governance of the Navy at the age of 16, Able Seaman, Tom Crean found himself thrust into a major international incident on his first Naval assignment to Central America. It sparked another miserable period of his Naval career and resulted in demotions until an opportunity arose that would lead him to the place where he became most associated with - Antarctica.Crean found his true calling during the heroic age of exploration on the frozen continent. Four of the chapters in the book focus on documented tales of Crean's remarkable heroism that brought about the life-saving rescue of 25 of his colleagues over three separate occasions.We are then taken through to Crean's retirement and his return to a changed country in the aftermath of rebellion and in the midst of a War of Independence that came at a great personal loss to Tom Crean. The book goes on to question why and how Crean's story was largely forgotten during his lifetime and after his death and reveals the surprising source of the first ever documented account of Crean's Polar feats that was written in 1952.Born in 1877, the son of a farmer into an impoverished life in County Kerry, Ireland, Tom Crean's tale is one of suffering. successes and sadness but above all, it's a story of an unassuming man who displayed unparalleled bravery to save the lives of others whilst subject to the harshest conditions on the planet.