Want to listen to the audiobook Dante: A Life written by Alessandro Barbero?
MP3 Audiobook Player is here to help! 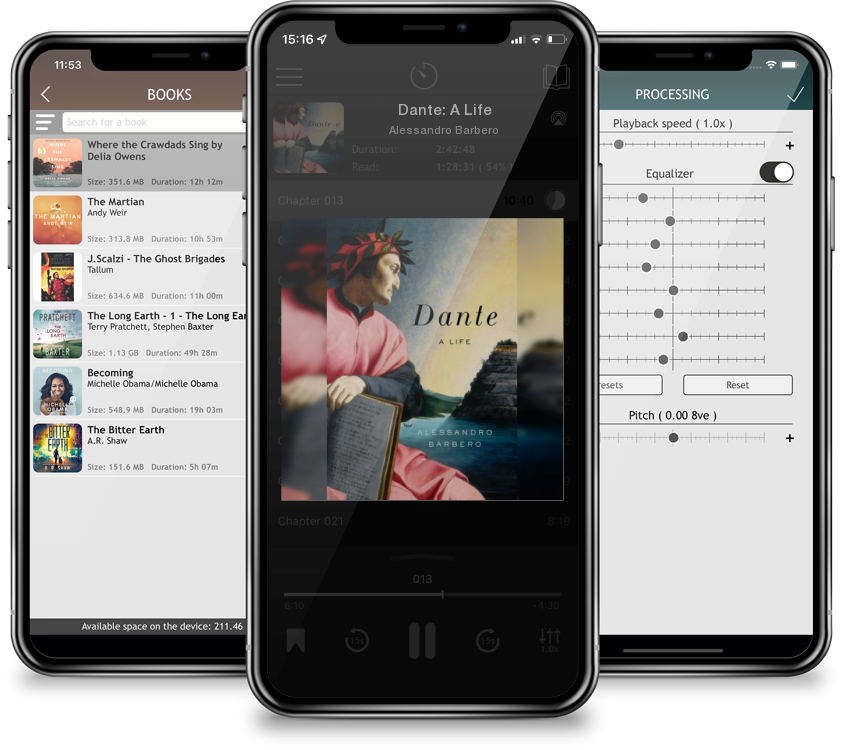 Dante brings the legendary author—and the medieval Italy of his era— to vivid life, describing the political intrigue, battles, culture, and society that shaped his writing. Dante Alighieri’s Divine Comedy has defined how people imagine and depict heaven and hell for over seven centuries. However, outside of Italy, his other works are not well known, and less still is generally known about the context he wrote them in. In Dante, Barbero brings the legendary author’s Italy to life, describing the political intrigue, battles, city and society that shaped his life and work. The son of a shylock who dreams of belonging to the world of writers and nobles, we follow Dante into the dark corridors of politics where ideals are shattered by rampant corruption, and then into exile as he travels Italy and discovers the extraordinary color and variety of the countryside, the metropolises, and the knightly courts.  This is a book by a serious scholar with real popular appeal, as evidenced by its bestseller ranking in Italy. It is a remarkable piece of forensic investigation into medieval Italian life.