Want to listen to the audiobook Dealings: A Political and Financial Life written by Felix G. Rohatyn?
MP3 Audiobook Player is here to help! 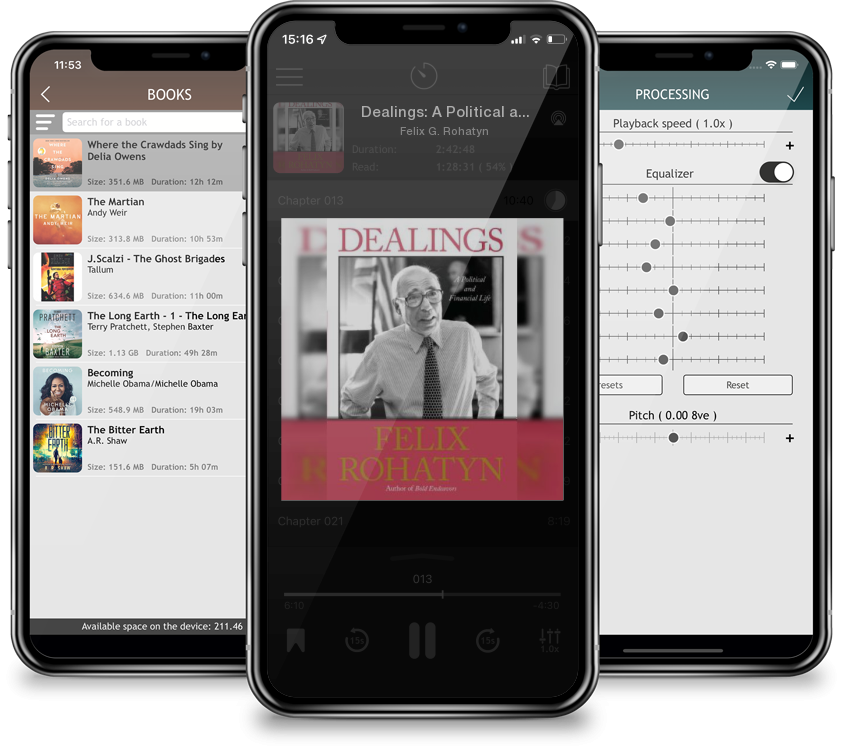 Dealings: A Political and Financial Life

It was a German soldier’s chance decision to reach for a cigarette and absently wave a car through a checkpoint outside Marseille in 1940 that allowed Felix Rohatyn and his Jewish family to escape from Nazi-occupied France. In the States, a chance summer job led him to the small, private investment bank of Lazard Frères, where he came under the tutelage of legendary financier André Meyer. The summer job turned into an extraordinary fifty-year career. Hailed as "the preeminent investment banker of his generation," Rohatyn was a creator of the merger-and-acquisition business that revolutionized investment banking and transformed the worlds of finance and entertainment. In this very personal account, Rohatyn takes us behind the headlines to offer readers a telling look at some of the era’s most renowned figures in the worlds of finance, entertainment, and politics. We are alongside Rohatyn as he meets Steve Ross in the back of the funeral parlor Ross is managing as they strategize to take control of Warner Brothers, and in André Meyer’s art-filled apartment as they negotiate with Frank Sinatra. We are with Rohatyn as he assists Harold Geneen of ITT weather a series of congressional investigations, and as he stays one step ahead of the canny Michael Ovitz as Matsushita attempts to win control of Lew Wasserman’s Universal Pictures. We also watch Rohatyn defending shareholders’ interests as the RJR-Nabisco buyout becomes a cautionary tale of executive greed. We have a front-row seat as Rohatyn and Governor Hugh Carey forge a desperation plan to save New York City from bankruptcy. And we accompany Rohatyn when he returns to Paris as the U.S. ambassador to the country he barely escaped alive as a young boy. Full of headline-making revelations, insider stories, keen personal observations, and relevant financial wisdoms, Dealings is the page-turning story of a life well lived.