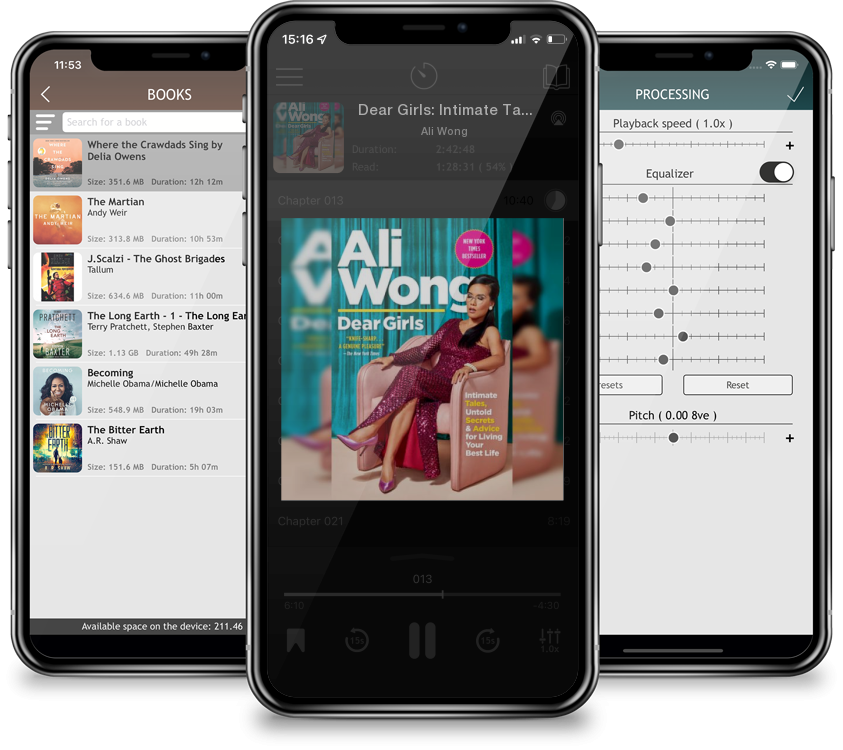 NEW YORK TIMES BESTSELLER • Ali Wong’s heartfelt and hilarious letters to her daughters (the two she put to work while they were still in utero) cover everything they need to know in life, like the unpleasant details of dating, how to be a working mom in a male-dominated profession, and how she trapped their dad.“Knife-sharp . . . a genuine pleasure.”—The New York Times NAMED ONE OF THE BEST BOOKS OF THE YEAR BY Time • Variety • Chicago Tribune • Glamour • New York In her hit Netflix comedy special Baby Cobra, an eight-month pregnant Ali Wong resonated so strongly that she even became a popular Halloween costume. Wong told the world her remarkably unfiltered thoughts on marriage, sex, Asian culture, working women, and why you never see new mom comics on stage but you sure see plenty of new dads. The sharp insights and humor are even more personal in this completely original collection. She shares the wisdom she’s learned from a life in comedy and reveals stories from her life off stage, including the brutal single life in New York (i.e. the inevitable confrontation with erectile dysfunction), reconnecting with her roots (and drinking snake blood) in Vietnam, tales of being a wild child growing up in San Francisco, and parenting war stories. Though addressed to her daughters, Ali Wong’s letters are absurdly funny, surprisingly moving, and enlightening (and gross) for all.Praise for Dear Girls“Fierce, feminist, and packed with funny anecdotes.”—Entertainment Weekly “[Wong] spins a volume whose pages simultaneously shock and satisfy. . . . Dear Girls is not so much a real-talk handbook as it is a myth-puncturing manifesto.”—Vogue   “[A] refreshing, hilarious, and honest account of making a career in a male-dominated field, dating, being a mom, growing up, and so much more…Yes, this book is addressed to Wong’s daughters, but every reader will find nuggets of wisdom and inspiration and, most important, something to laugh at.”—Bustle