Want to listen to the audiobook Dependency: The Copenhagen Trilogy: Book 3 written by Tove Ditlevsen?
MP3 Audiobook Player is here to help! 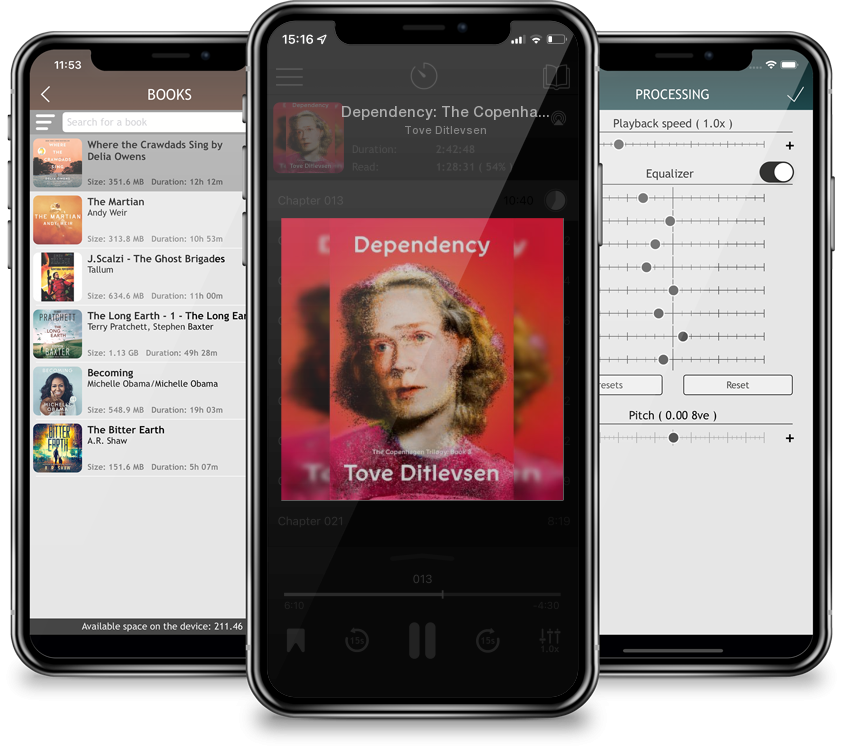 The final volume in the renowned Danish poet Tove Ditlevsen’s autobiographical Copenhagen Trilogy ("A masterpiece" —The Guardian). Following Childhood and Youth, Dependency is the searing portrait of a woman’s journey through love, friendship, ambition, and addiction, from one of Denmark’s most celebrated twentieth century writersTove is only twenty, but she's already famous, a published poet, and the wife of a much older literary editor. Her path in life seems set, yet she has no idea of the struggles ahead—love affairs, wanted and unwanted pregnancies, artistic failure, and destructive addiction. As the years go by, the central tension of Tove's life comes into painful focus: the terrible lure of dependency, in all its forms, and the possibility of living freely and fearlessly—as an artist on her own terms.The final volume in the Copenhagen Trilogy, and arguably Ditlevsen's masterpiece, Dependency is a dark and blisteringly honest account of addiction, and the way out.