Want to listen to the audiobook Diary of a DA: The True Story of the Prosecutor Who Took on the Mob, Fought Corruption, and Won written by Herbert J. Stern?
MP3 Audiobook Player is here to help! 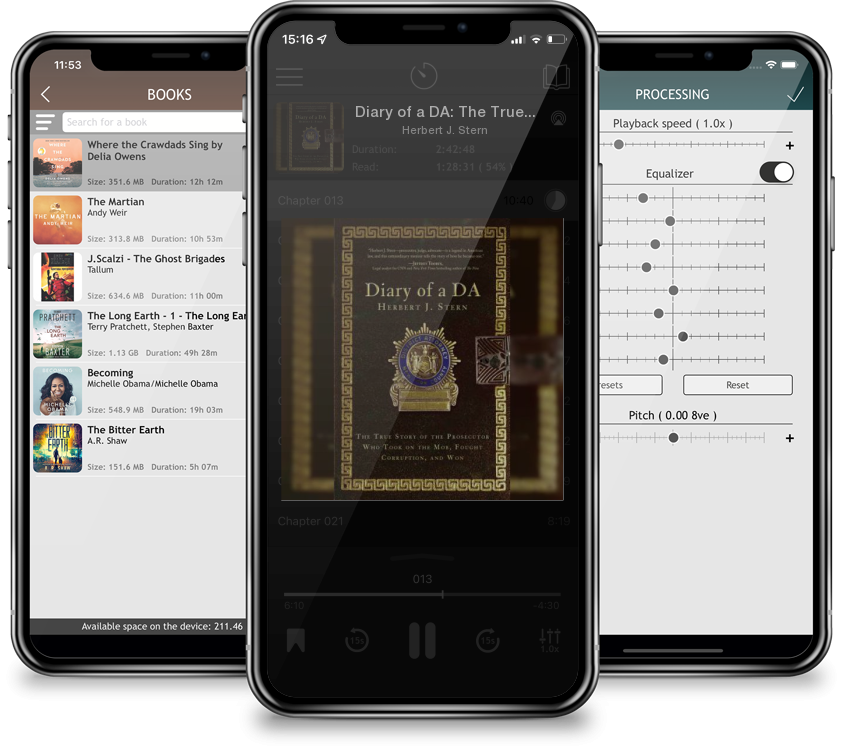 Diary of a DA: The True Story of the Prosecutor Who Took on the Mob, Fought Corruption, and Won

In 1961, twenty-five-year-old Herbert Jay Stern, fresh from reserve duty, stood in his green army uniform in a New York County courtroom to be sworn in as an attorney. He could only guess what his life as a prosecuting lawyer would be. A dozen years later, in the wake of the national scandal of Watergate, Stern, draped in black robes now, would take the oath of office as a federal judge. In the years between, the idealistic young Stern would sharpen his skills in the realities of the criminal courts of New York City, to emerge as the lead trial attorney for the Justice Department, charged with breaking the back of organized crime in New Jersey.Stern’s highly charged account of his outright war against powerful state government officials and the mafia takes us deep inside the mechanisms of law and order during a time when assassinations came fast and loose, cities were burning in race riots, and racketeering and graft were so prevalent in the Garden State that its own senator called it a “stench in the nostrils and an offense to the vision of the world.” Before Stern and his equally dedicated colleagues on the “strike force” out of Washington, D.C., are finished, they will have successfully prosecuted the mayors of Jersey City, Newark, and Atlantic City for being on the take; a congressman for conspiracy, tax violations, and perjury; and blackened the eye of organized crime.