Want to listen to the audiobook Disney's British Gentleman: The Life and Career of David Tomlinson written by Nathan Morley?
MP3 Audiobook Player is here to help! 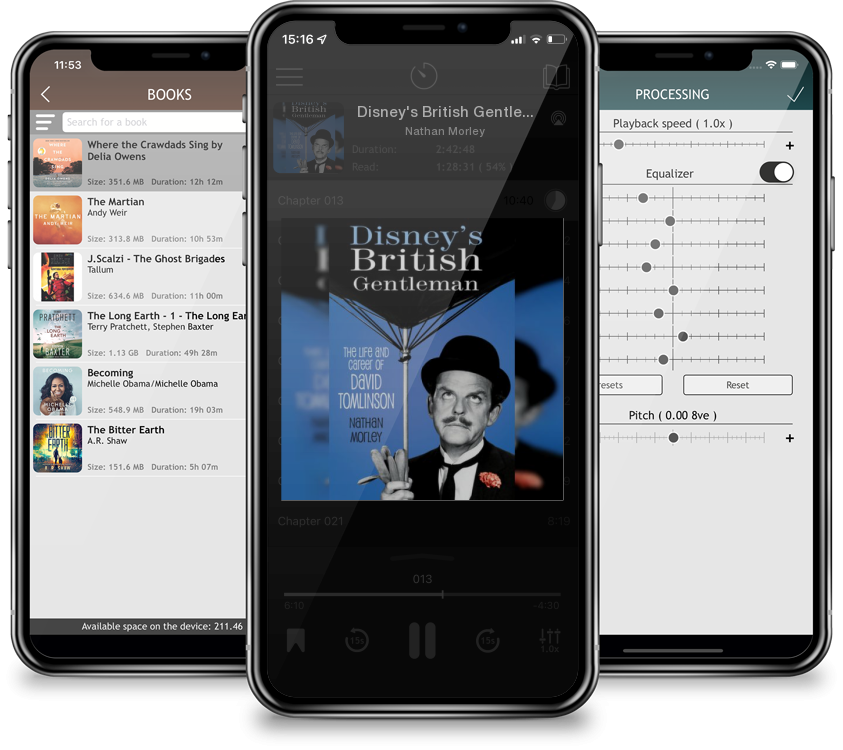 Disney's British Gentleman: The Life and Career of David Tomlinson

Known to millions for his continually perplexed expression, David Tomlinson symbolized post-war British comedy. Whilst he distinguished himself as an RAF pilot during the war, he also endured a turbulent, tumultuous personal life. In 1943, his new American wife committed suicide with her two children by jumping from the top floor of a New York hotel. Not long after, a brief romance with an Icelandic beauty ended with her marrying the founder of the American Nazi Party. When he finally found comfort with his second wife, Audrey, he fought to have their son, Willie, recognized as one of the first British cases of autism. However, it was playing "affable asses" in a string of British cinema classics and West End shows that would lead to his career upturn. In the 1960s, he became the toast of Hollywood as one of Disney’s most beloved icons, starring in Mary Poppins, The Love Bug, and Bedknobs and Broomsticks. Still adored by generations of children, Tomlinson's fame continues to shine, and in Disney's British Gentleman, author Nathan Morley reveals his remarkable story for the first time.