Want to listen to the audiobook Don't Let It Get You Down: Essays on Race, Gender, and the Body written by Savala Nolan?
MP3 Audiobook Player is here to help! 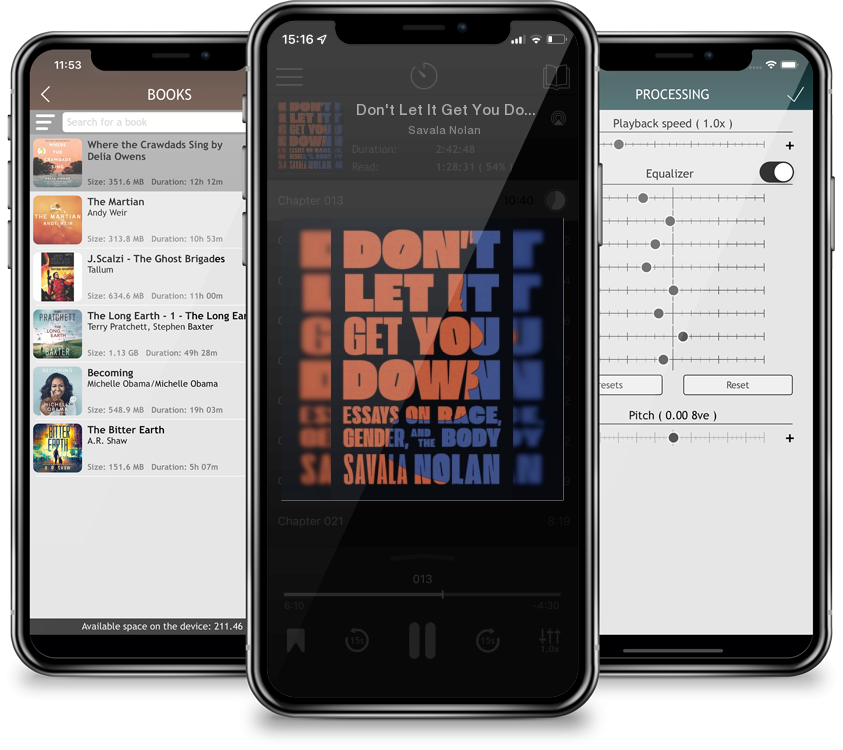 Don't Let It Get You Down: Essays on Race, Gender, and the Body

A powerful and provocative collection of essays that offers poignant reflections on living between society’s most charged, politicized, and intractably polar spaces—between black and white, rich and poor, thin and fat.Savala Nolan knows what it means to live in the in-between. Descended from a Black and Mexican father and a white mother, Nolan’s mixed-race identity is obvious, for better and worse. At her mother’s encouragement, she began her first diet at the age of three and has been both fat and painfully thin throughout her life. She has experienced both the discomfort of generational poverty and the ease of wealth and privilege. It is these liminal spaces—of race, class, and body type—that the essays in Don’t Let It Get You Down excavate, presenting a clear and nuanced understanding of our society’s most intractable points of tension. The twelve essays that comprise this collection are rich with unforgettable anecdotes and are as humorous and as full of Nolan’s appetites as they are of anxieties. The result is lyrical and magnetic. In “On Dating White Guys While Me,” Nolan realizes her early romantic pursuits of rich, preppy white guys weren’t about preference, but about self-erasure. In the titular essay “Don’t Let it Get You Down,” we traverse the cyclical richness and sorrow of being Black in America as Black children face police brutality, “large Black females” encounter unique stigma, and Black men carry the weight of other people’s fear. In “Bad Education,” we see how women learn to internalize rage and accept violence in order to participate in our culture. And in “To Wit and Also” we meet Filliss, Grace, and Peggy, the enslaved women owned by Nolan’s white ancestors, reckoning with the knowledge that America’s original sin lives intimately within our present stories. Over and over again, Nolan reminds us that our true identities are often most authentically lived not in the black and white, but in the grey of the in-between. Perfect for fans of Heavy by Kiese Laymon and Bad Feminist by Roxane Gay, Don’t Let It Get You Down delivers an essential perspective on race, class, bodies, and gender in America today.