Want to listen to the audiobook Dreamseller: An Addiction Memoir written by Brandon Novak?
MP3 Audiobook Player is here to help! 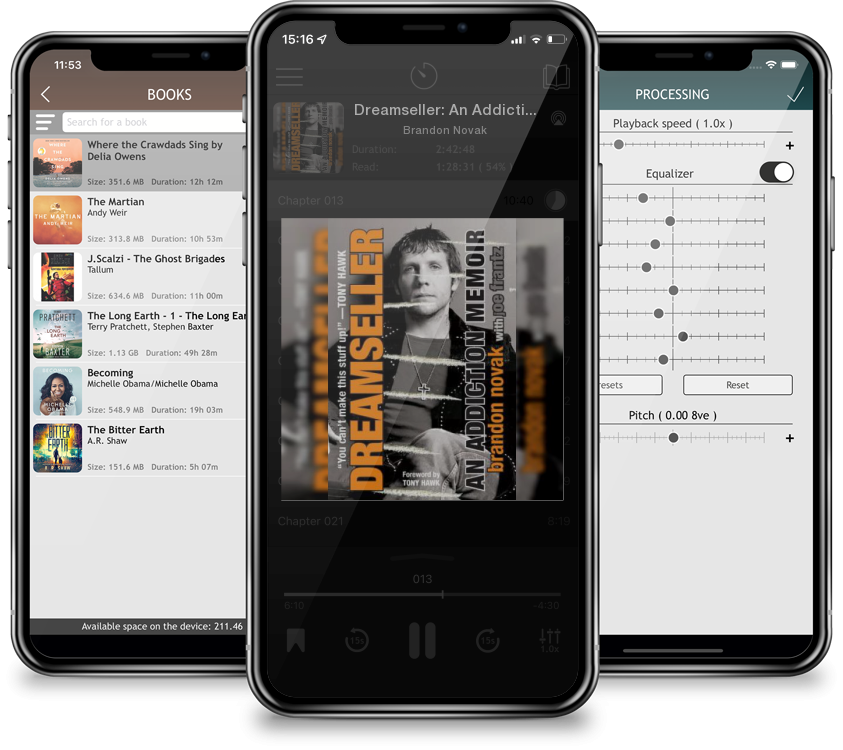 “Skate, drugs, and rock ‘n’ roll!”—Kat Von D, LA InkForward by Tony HawkSkateboarder and Jackass star Brandon Novak comes clean about his crazy rise to fame, tailspin into addiction, and other death-defying stunts on the road to recovery...At seven, Brandon was a skateboard prodigy. By the time he was fourteen, he was living the dream. Discovered by skate legends Bucky Lasek and Tony Hawk. Touring the U.S. with the elite Powell-Peralta team. Signing autographs and appearing in films and magazines. Brandon had it all. Then he got hooked on heroin.Soon the up-and-coming star was living a down-and-out life in a garage, begging for change, and hustling to score his next fix. He stole from his family and friends. He pushed the fantasy that everything was okay, that he was going to rehab, getting help, and getting better. But it was all a lie.This is the story of an addict—a dreamseller who stopped believing the lies he was selling and started believing in himself. With the help of his celebrity buddy Bam Margera of Jackass fame, Brandon joined the cast of MTV’s Viva La Bam and made an honest reach for sobriety. The road was hard, and he had some falls. But like any great skateboarder, Brandon Novak was always determined to get up again . . . “Entertaining, shocking, crazy, unimaginable.”—Bam MargeraWith 24 pages of photosUpdated with a New Epilogue