Want to listen to the audiobook Eben Smith: The Dean of Western Mining (Mining the American West) written by David Forsyth?
MP3 Audiobook Player is here to help! 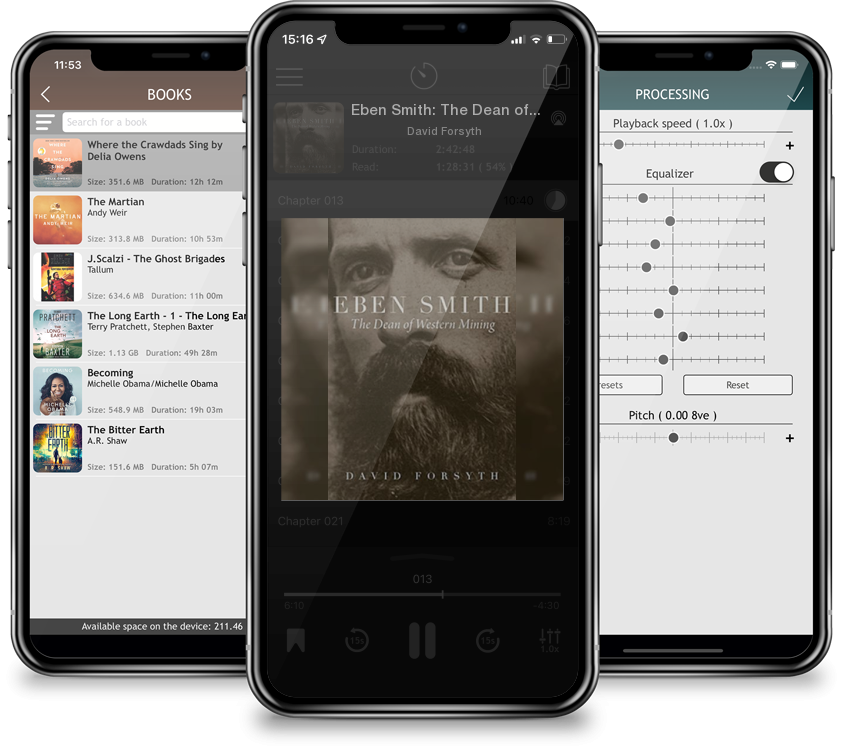 David Forsyth recounts the life of Eben Smith, an integral but little-known figure in Colorado mining history. Smith was one of the many fortune seekers who traveled to California during the gold rush and one of the few who found what he sought. He moved to Colorado in 1860 with business partner Jerome Chaffee and over the next forty-six years was involved in mining in nearly every major camp in the state, from Central City to Cripple Creek, and in the development of mines such as the Bobtail, Little Jonny, and Victor. He was eulogized by the Denver Post and Denver Times as the “dean of mining in Colorado.”   The mining teams Smith formed with Chaffee and with industrialist David Moffat were among the most successful and respected in Colorado, and many in the state held Smith in high regard. Yet despite the credit he received during his lifetime for establishing Colorado’s mining industry, Smith has not received much attention from historians, perhaps because he was content to leave public-facing duties to his partners while he concerned himself with managing mine operations.   From Smith’s early years and his labor in the mines to his rise to prominence as an investor and developer, Forsyth shows how Smith used the mining and milling knowledge he acquired in California to become a leader in technological innovation in Colorado’s mining industry.