Want to listen to the audiobook Edith Piaf. Ode to the child of a vagrant written by Thierry Rollet?
MP3 Audiobook Player is here to help! 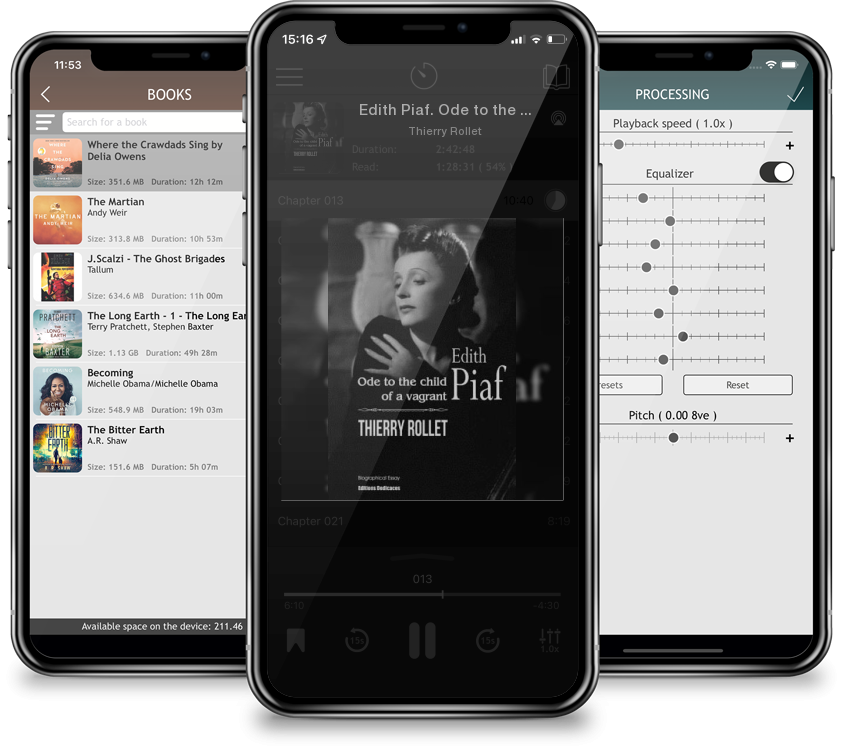 Edith Piaf. Ode to the child of a vagrant

Few artists have marked their own eras, as well as those that come later, in the way that dith Piaf has. People from every generation can identify with her popular songs, which make the absolute most of her virtuosic vocal skill, resonating from such a small person-who also had a very big heart.This book is meant to be more simply a biography: it is also meant to be an in-depth analysis of an international star with an exceptional personality and incomparable musical talent. A bona fide ambassador of French folk music, she served as the icon of musical potential and achievement-both in France and around the world.