Want to listen to the audiobook Eliot Ness: The Rise and Fall of an American Hero written by Douglas Perry?
MP3 Audiobook Player is here to help! 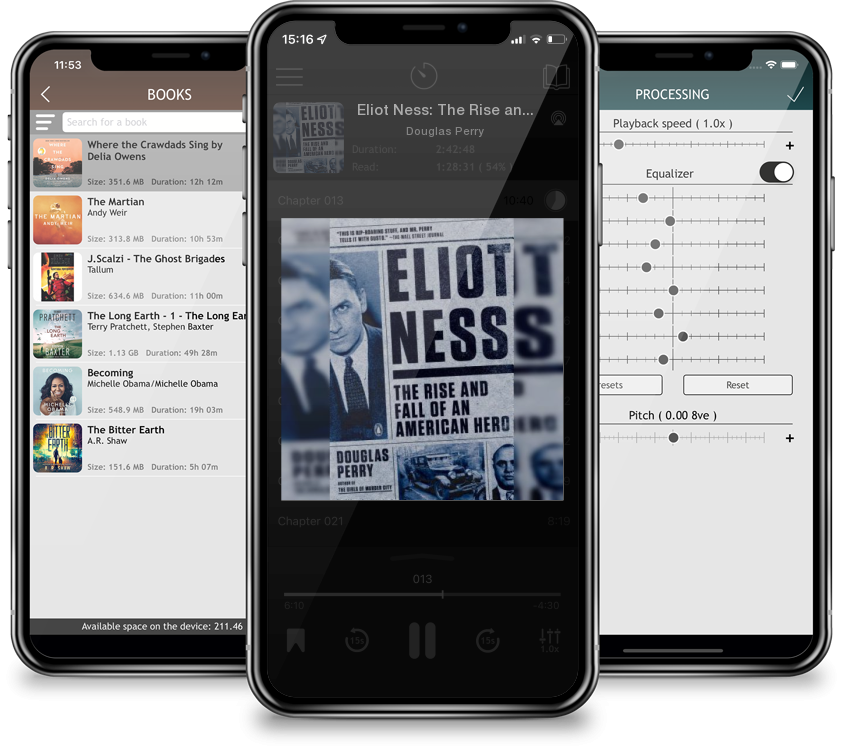 Eliot Ness: The Rise and Fall of an American Hero

The story of Eliot Ness, the legendary lawman who led the Untouchables, took on Al Capone, and saved a city’s soulAs leader of an unprecedented crime-busting squad, twenty-eight-year-old Eliot Ness won fame for taking on notorious mobster Al Capone. But the Untouchables’ daring raids were only the beginning of Ness’s unlikely story.This new biography grapples with the charismatic lawman’s complicated, largely forgotten legacy. Perry chronicles Ness’s days in Chicago as well as his spectacular second act in Cleveland, where he achieved his greatest success: purging the profoundly corrupt city and forging new practices that changed police work across the country. He also faced one of his greatest challenges: a mysterious serial killer known as the Torso Murderer. Capturing the first complete portrait of the real Eliot Ness, Perry brings to life an unorthodox man who believed in the integrity of law and the power of American justice.