Want to listen to the audiobook Ely: An Autobiography (Brown Thrasher Books) written by Ely Green?
MP3 Audiobook Player is here to help! 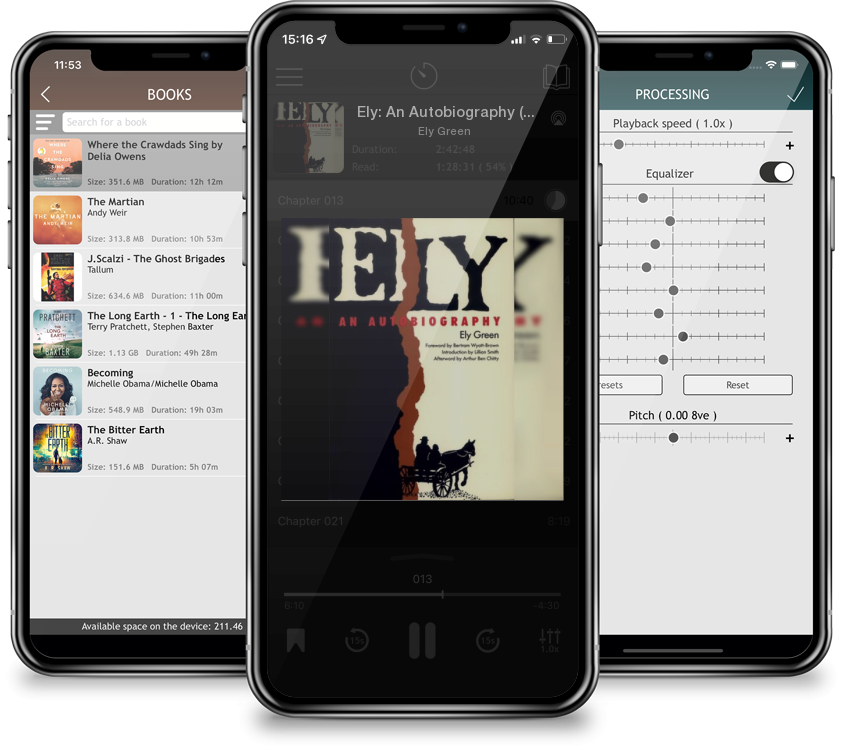 Ely Green was born in Sewanee, Tennessee, in 1893. His father was a member of the white gentry, the son of a former Confederate officer. His mother was a housemaid, the daughter of a former slave. In this small Episcopal community--home to the University of the South--Ely lived his early childhood oblivious to the implications of his illegitimacy and his parentage. He was nearly nine years old before he realized that being different from his white playmates was of any real significance. An incident at a local drugstore marked the beginning of what would be a painful rite of passage from an idyllic childhood through a tormented adolescence as Ely struggled to understand why he could not wholly belong to either his father's world or his mother's. "I was having a struggle within," he writes, ". . . learning to hate white people after I had been taught that they were all God's children and we are to love everybody." At age eighteen, still warring to reconcile one part of himself with the other, he fled the mountains of Tennessee--and a brewing lynch mob--for the plains of Texas and a new beginning. Straightforwardly recounting his early life, rising above bitterness and pain, Ely Green gives his readers an astoundingly honest and poignant portrait of a young man trying to come to terms with race relations in the early twentieth-century South.