Want to listen to the audiobook Empire: A New History of the World written by Paul Strathern?
MP3 Audiobook Player is here to help! 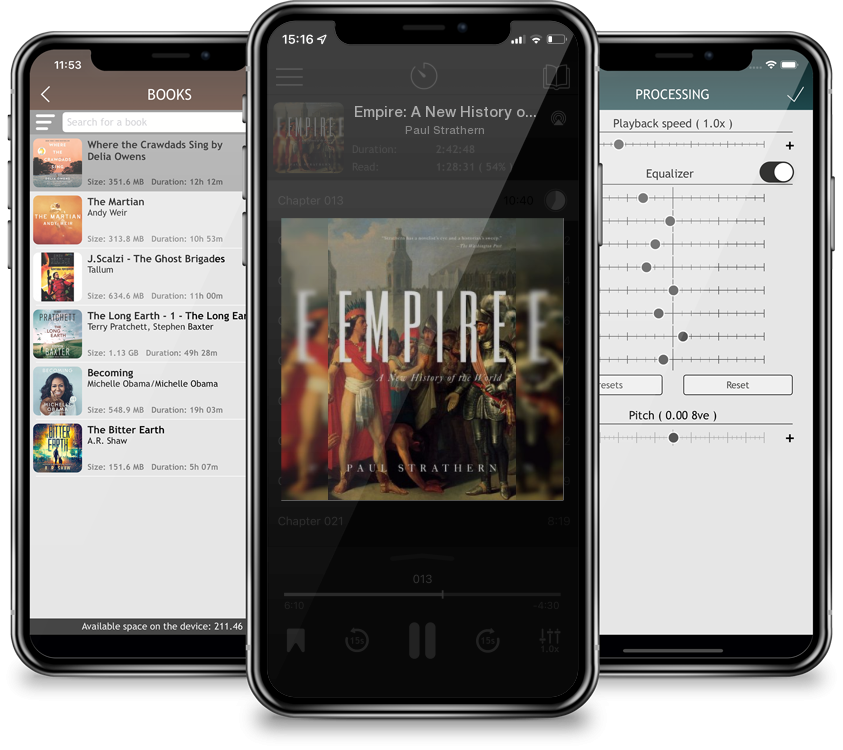 Empire: A New History of the World

A dazzling new history of the world told through the ten major empires of human civilization.Eminent historian Paul Strathern opens the story of Empire with the Akkadian civilization, which ruled over a vast expanse of the region of ancient Mesopotamia, then turns to the immense Roman Empire, where we trace back our Western and Eastern roots. Next the narrative describes how a great deal of Western Classical culture was developed in the Abbasid and Umayyad Caliphates. Then, while Europe was beginning to emerge from a period of cultural stagnation, it almost fell to a whirlwind invasion from the East, at which point we meet the Emperors of the Mongol Empire . . . Combining breathtaking scope with masterful narrative control, Paul Strathern traces these connections across four millennia and sheds new light on these major civilizations—from the Mongol Empire and the Yuan Dynasty to the Aztec and Ottoman Empires, through to the most recent and biggest empires: the British, Russo-Soviet, and American. Charting five thousand years of global history in ten lucid chapters, Empire makes comprehensive and inspiring reading to anyone fascinated by the history of the world.