Want to listen to the audiobook Endeavour: The Ship That Changed the World written by Peter Moore?
MP3 Audiobook Player is here to help! 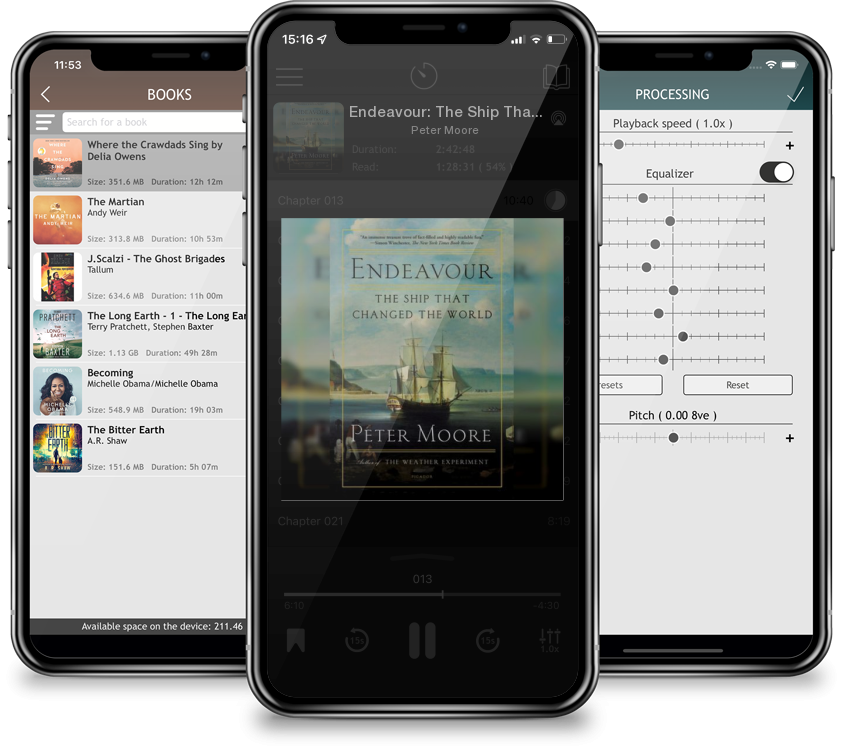 Endeavour: The Ship That Changed the World

"An immense treasure trove of fact-filled and highly readable fun.” --Simon Winchester, The New York Times Book ReviewA Sunday Times (U.K.) Best Book of 2018 and Winner of the Mary Soames Award for HistoryAn unprecedented history of the storied ship that Darwin said helped add a hemisphere to the civilized worldThe Enlightenment was an age of endeavors, with Britain consumed by the impulse for grand projects undertaken at speed. Endeavour was also the name given to a collier bought by the Royal Navy in 1768. It was a commonplace coal-carrying vessel that no one could have guessed would go on to become the most significant ship in the chronicle of British exploration. The first history of its kind, Peter Moore’s Endeavour: The Ship That Changed the World is a revealing and comprehensive account of the storied ship’s role in shaping the Western world. Endeavour famously carried James Cook on his first major voyage, charting for the first time New Zealand and the eastern coast of Australia. Yet it was a ship with many lives: During the battles for control of New York in 1776, she witnessed the bloody birth of the republic. As well as carrying botanists, a Polynesian priest, and the remains of the first kangaroo to arrive in Britain, she transported Newcastle coal and Hessian soldiers. NASA ultimately named a space shuttle in her honor. But to others she would be a toxic symbol of imperialism. Through careful research, Moore tells the story of one of history’s most important sailing ships, and in turn shines new light on the ambition and consequences of the Age of Enlightenment.