Want to listen to the audiobook Entertaining in Grand Style: Savoir Faire of a Parisian Chef written by Nadège Forestier?
MP3 Audiobook Player is here to help! 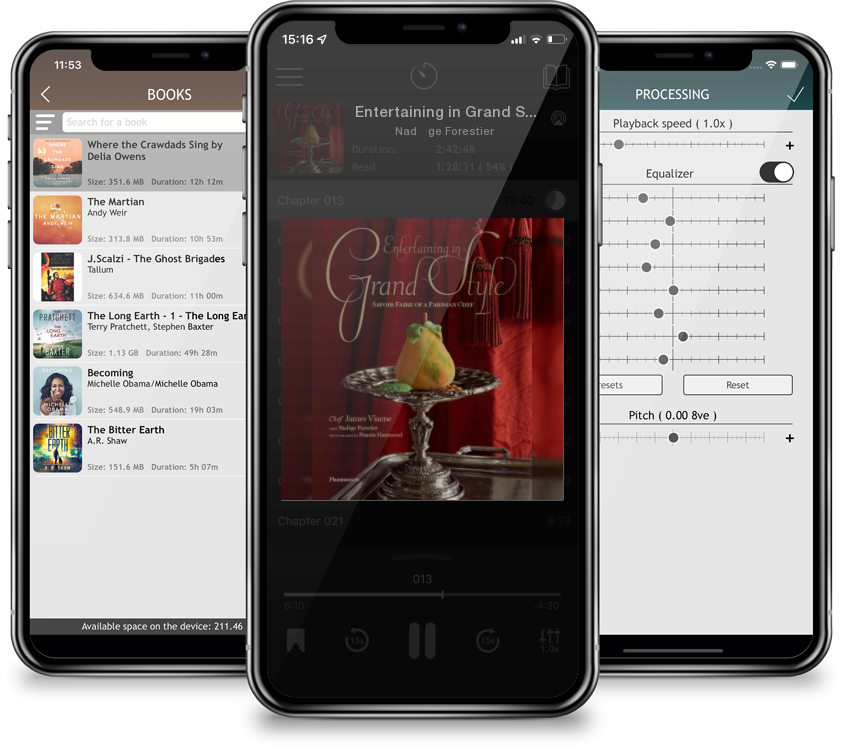 Entertaining in Grand Style: Savoir Faire of a Parisian Chef

Chef James Viaene shares his favorite memories and recipes accumulated over fifty years working in the grand homes and kitchens of the Parisian elite. James Viaene began his culinary career in the midst of a postwar cultural revival of sumptuous dinners, balls, and galas. He started in some of Paris’s greatest restaurants and later was hired at the Parisian residence of the Duke and Duchess of Windsor. He then trained under a series of renowned cooks and became a chef in his own right in the kitchens of eminent public figures such as Georges Wildenstein, Jean de Souza-Lage, and Michel David-Weill, who demanded extremely high standards. In 1970, Viaene entered the British Ambassador’s residence in Paris, a unique locale where the chef plays a central role. The historic home, where he carried out the rest of his forty-year career, provided an idyllic setting for serving his best-loved recipes. In this richly illustrated volume, James Viaene recounts his memories, amusing anecdotes, and twenty-four of his favorite recipes from throughout his reign in the prestigious kitchen. From the famous Beef Wellington served to Queen Elizabeth II to "typically English" tea and the pot-au-feu inspired by his childhood memories, each dish is enhanced by the Residence’s legendary silver service, one of the treasures of the British Embassy in France.