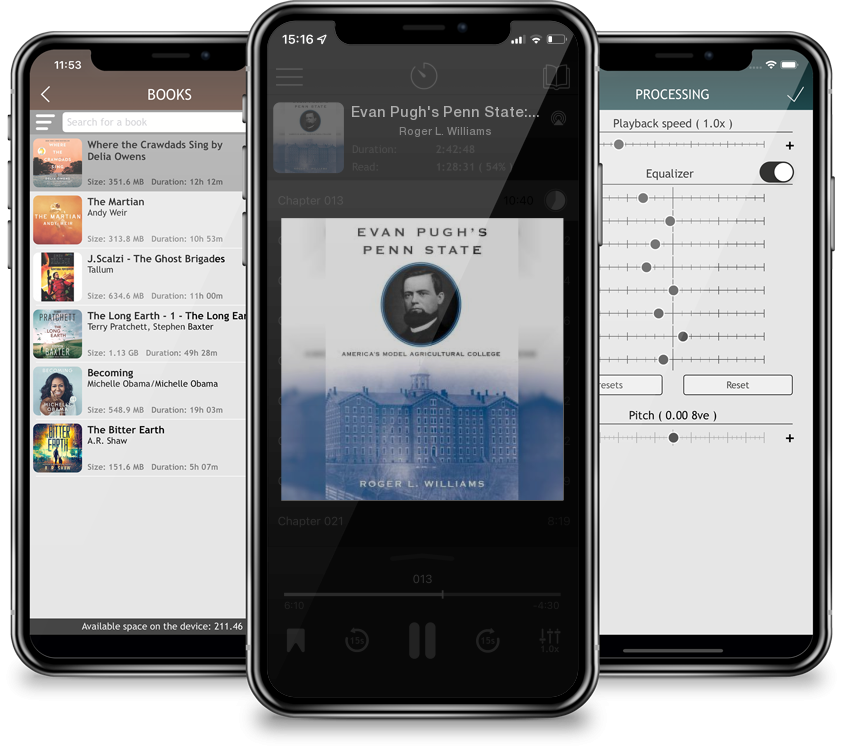 When Evan Pugh became the first president of Pennsylvania's Farmers' High School--later to be known as The Pennsylvania State University--the small campus was in disrepair and in dire need of leadership. Pugh was young, barely into his 30s, but he was energetic, educated, and visionary. During his tenure as president he molded the school into a model institution of its kind: America's first scientifically based agricultural college.In this volume, Roger Williams gives Pugh his first book-length biographical treatment. Williams recounts Pugh's short life and impressive career, from his early days studying science in the United States and Europe to his fellowship in the London Chemical Society, during which he laid the foundations of the modern ammonium nitrate fertilizer industry, and back to Pennsylvania, where he set about developing "upon the soil of Pennsylvania the best agricultural college in the world" and worked to build an American academic system mirroring Germany's state-sponsored agricultural colleges. This last goal came to fruition with the passage of the Morrill Act in 1862, just two years prior to Pugh's death. Drawing on the scientist-academic administrator's own writings and taking a wide focus on the history of higher education during his lifetime, Evan Pugh's Penn State tells the compelling story of Pugh's advocacy and success on behalf of both Penn State and land-grant colleges nationwide.Despite his short life and career, Evan Pugh's vision for Penn State made him a leader in higher education. This engaging biography restores Pugh to his rightful place in the history of scientific agriculture and education in the United States.