Want to listen to the audiobook Everybody Behaves Badly: The True Story Behind Hemingway's Masterpiece The Sun Also Rises written by Lesley M. M. Blume?
MP3 Audiobook Player is here to help! 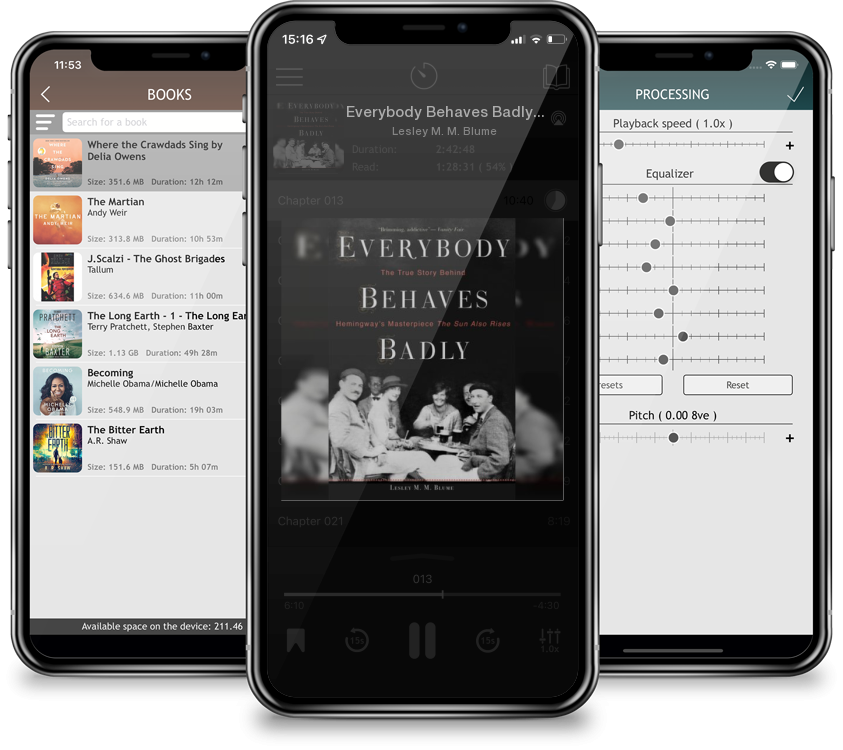 Everybody Behaves Badly: The True Story Behind Hemingway's Masterpiece The Sun Also Rises

“Brimming, addictive . . . In Everybody Behaves Badly, the party has just begun and the taste of fame is still ripe . . . The Lost Generation [is] restored to reckless youth in living black and white.” — James Wolcott, Vanity Fair  “An essential book . . . a page-turner. Blume combines the best aspects of critic, biographer and storyteller . . . and puts the results together with the skill of an accomplished novelist. [This is] a complicated story, told masterfully.” — Minneapolis Star Tribune   “Magnificently reported.” — Gay Talese In the summer of 1925, Ernest Hemingway traveled to Pamplona for the infamous running of the bulls. He then channeled that trip’s drunken brawls, sexual rivalry, midnight betrayals, and midday hangovers into a novel that redefined modern literature. Lesley Blume tells the full story behind Hemingway’s legendary rise for the first time, revealing how he created his own image as the bull-fighting aficionado, hard-drinking literary genius, and expatriate bon vivant. In all its youth, lust, and rivalry, the Lost Generation is illuminated here as never before.  “Engrossing . . . Drawing on journals, letters, and autobiographies of many members of the artistic circles in which Hemingway moved in the early 1920s, Blume shows how ruthlessly Hemingway betrayed his mentors, skewered his friends in his fiction, and sought to advance his career at all costs.” — Boston Globe    “Fascinating . . . compulsively readable.” — Houston Chronicle