Want to listen to the audiobook Everybody Was So Young: Gerald and Sara Murphy: A Lost Generation Love Story written by Amanda Vaill?
MP3 Audiobook Player is here to help! 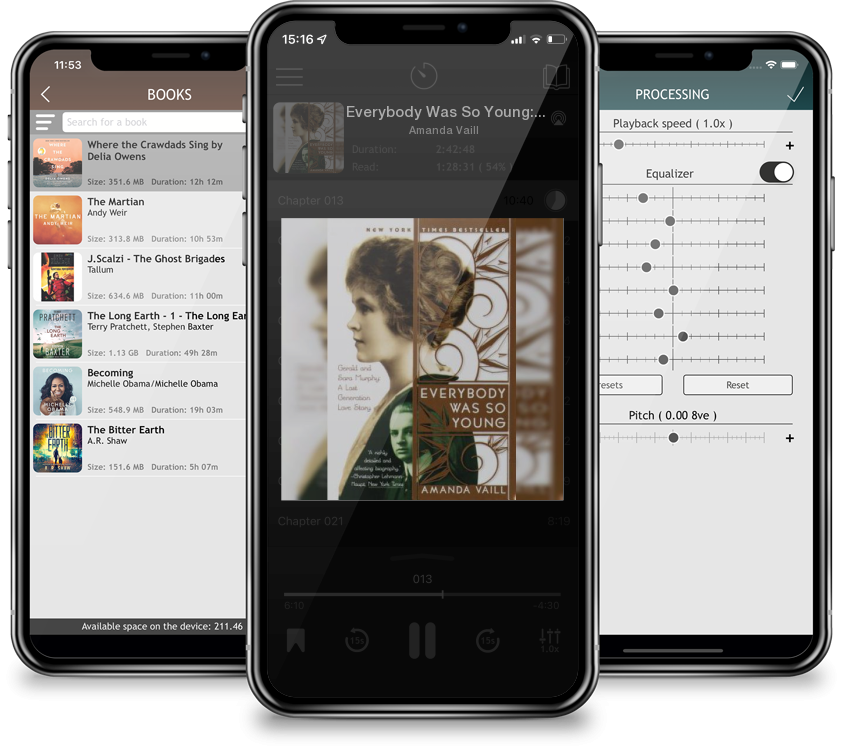 Everybody Was So Young: Gerald and Sara Murphy: A Lost Generation Love Story

A dazzling biography for readers of The Great Gatsby and other Lost Generation authorsGifted artist Gerald Murphy and his elegant wife, Sara, were icons of the most enchanting period of our time; handsome, talented, and wealthy expatriate Americans, they were at the very center of the literary scene in Paris in the 1920s. In Everybody Was So Young Amanda Vaill brilliantly portrays both the times in which the Murphys lived and the fascinating friends who flocked around them. Whether summering with Picasso on the French Riviera or watching bullfights with Hemingway in Pamplona, Gerald and Sara inspired kindred creative spirits like Dorothy Parker, Cole Porter, and F. Scott Fitzgerald.  Fitzgerald even modeled his main characters in Tender is the Night after the couple. Their story is both glittering and tragic, and in this sweeping and richly anecdotal portrait of a marriage and an era, Amanda Vaill "has brought them to life as never before" (Chicago Tribune).