Want to listen to the audiobook Eye of the Sixties: Richard Bellamy and the Transformation of Modern Art written by Judith E. Stein?
MP3 Audiobook Player is here to help! 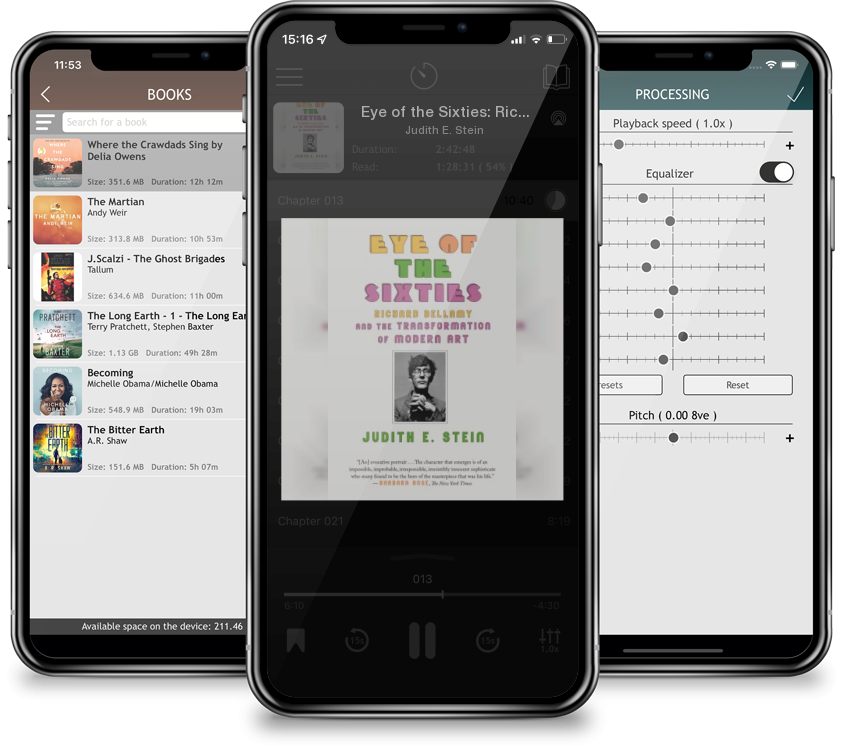 Eye of the Sixties: Richard Bellamy and the Transformation of Modern Art

In 1959, Richard Bellamy was a witty, poetry-loving beatnik on the fringe of the New York art world who was drawn to artists impatient for change. By 1965, he was representing Mark di Suvero, was the first to show Andy Warhol’s pop art, and pioneered the practice of “off-site” exhibitions and introduced the new genre of installation art. As a dealer, he helped discover and champion many of the innovative successors to the abstract expressionists, including Claes Oldenburg, James Rosenquist, Donald Judd, Dan Flavin, Walter De Maria, and many others. The founder and director of the fabled Green Gallery on Fifty-Seventh Street, Bellamy thrived on the energy of the sixties. With the covert support of America’s first celebrity art collectors, Robert and Ethel Scull, Bellamy gained his footing just as pop art, minimalism, and conceptual art were taking hold and the art world was becoming a playground for millionaires. Yet as an eccentric impresario dogged by alcohol and uninterested in profits or posterity, Bellamy rarely did more than show the work he loved. As fellow dealers such as Leo Castelli and Sidney Janis capitalized on the stars he helped find, Bellamy slowly slid into obscurity, becoming the quiet man in oversize glasses in the corner of the room, a knowing and mischievous smile on his face.Born to an American father and a Chinese mother in a Cincinnati suburb, Bellamy moved to New York in his twenties and made a life for himself between the Beat orbits of Provincetown and white-glove events like the Guggenheim’s opening gala. No matter the scene, he was always considered “one of us,” partying with Norman Mailer, befriending Diane Arbus and Yoko Ono, and hosting or performing in historic Happenings. From his early days at the Hansa Gallery to his time at the Green to his later life as a private dealer, Bellamy had his finger on the pulse of the culture. Based on decades of research and on hundreds of interviews with Bellamy’s artists, friends, colleagues, and lovers, Judith E. Stein’s Eye of the Sixties rescues the legacy of the elusive art dealer and tells the story of a counterculture that became the mainstream. A tale of money, taste, loyalty, and luck, Richard Bellamy’s life is a remarkable window into the art of the twentieth century and the making of a generation’s aesthetic.--"Bellamy had an understanding of art and a very fine sense of discovery. There was nobody like him, I think. I certainly consider myself his pupil." --Leo Castelli