Want to listen to the audiobook Faith and Reason in the Reformations written by Terence J. Kleven?
MP3 Audiobook Player is here to help! 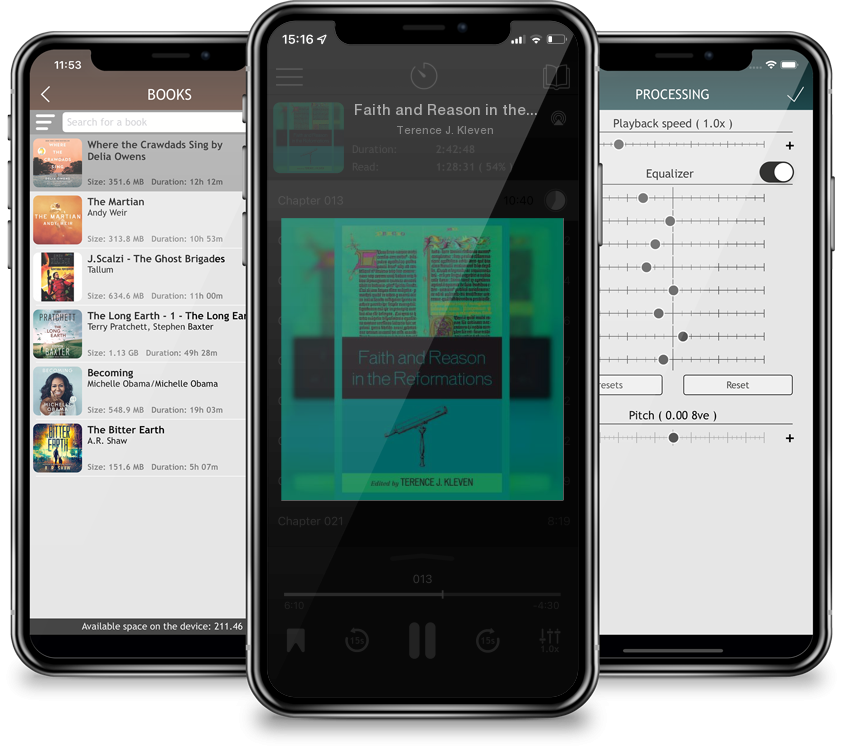 Faith and Reason in the Reformations

The five-hundredth anniversary of the Protestant Reformation reawakened a long-standing and spirited conversation between philosophic science and religious faith, a conversation which continues to have consequences on how we understand both science and faith. This book brings scholars together to reflect on the topic of the Protestant Reformation, as well as the Roman Catholic Counter Reformation, the nature of science, and the unity of the Church. Five chapters in this collection represent five distinct theological formulations within Christianity; the other seven chapters are from a variety of historic, philosophic, and theological starting points on the topic. These twelve accounts range from theologies informed by the Classical Philosophy of Plato and Aristotle; medieval Jewish and Roman Catholic writers; Moses Maimonides and Thomas More; writers of the Protestant Reformation (Martin Luther, John Calvin, Richard Hooker, and William Shakespeare); the founders of modern science (Francis Bacon and T. H. Huxley), and the modern day theologies of Abraham Kuyper, Flannery O'Connor, H. R. Niebuhr, and Dietrich Bonhoeffer.