Want to listen to the audiobook Falling Through Clouds: A Story of Survival, Love, and Liability written by Damian Fowler?
MP3 Audiobook Player is here to help! 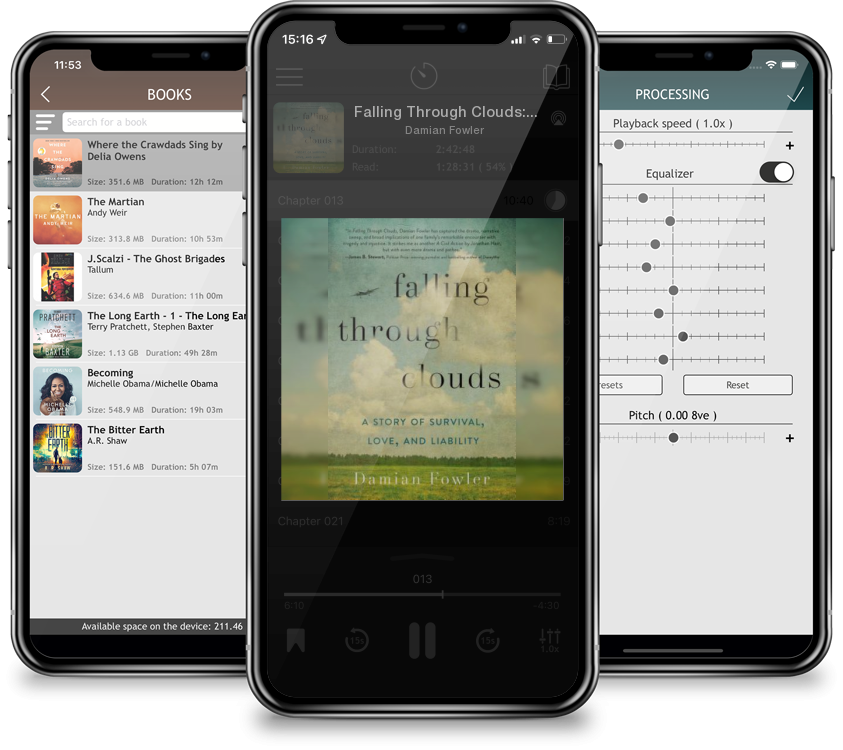 Falling Through Clouds: A Story of Survival, Love, and Liability

"Mommy burned up."On a cloudy day in August 2003, Grace and Lily Pearson, 4 and 3, were flying in their uncle's plane along with their mother on their way to their grandpa's birthday party near Lake Superior, when Lily noticed the trees out the window were growing close; so close she could almost touch them. Before the trees tore into the cabin, Grace had the strange sensation of falling through clouds.A story of tragedy, survival, and justice, Damian Fowler's Falling Through Clouds is about a young father's fight for his family in the wake of a plane crash that killed his wife, badly injured his two daughters, and thrust him into a David-vs-Goliath legal confrontation with a multi-billion dollar insurance company. Blindsided when he was sued in federal court by this insurance company, Toby Pearson made it his mission to change aviation insurance law in his home state and nationally, while nursing his daughters to recovery and recreating his own life. Falling Through Clouds charts the dramatic journey of a man who turned a personal tragedy into an important victory for himself, his girls, and many other Americans.