Want to listen to the audiobook Fascist Voices: Essays from the 'Fascist Quarterly' 1936-1940 - Vol 1 written by Ezra Pound?
MP3 Audiobook Player is here to help! 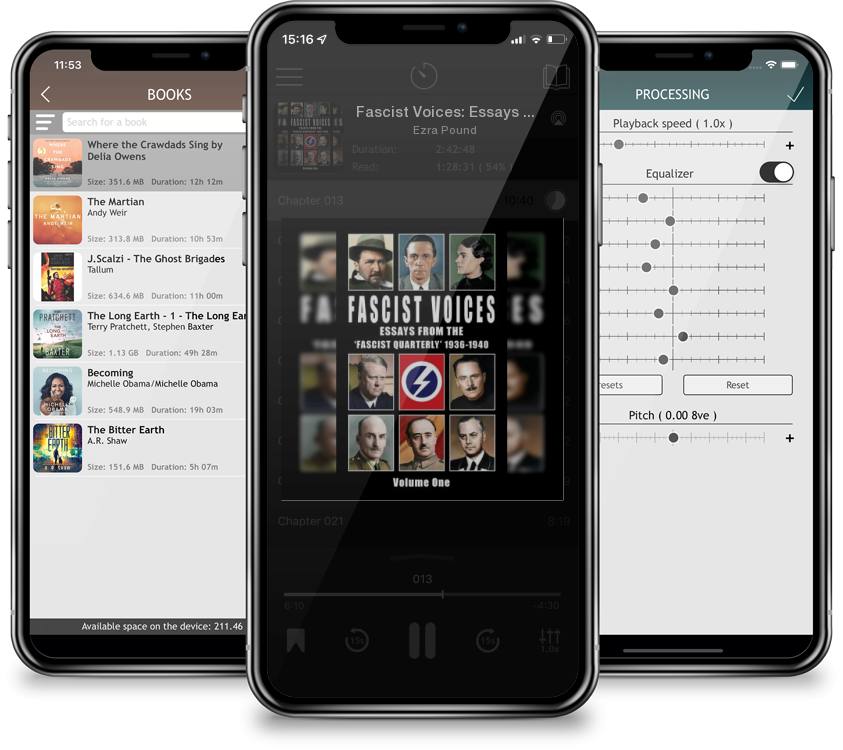 Fascist Voices contains a unique and uncompromising collection of essays that appeared in Fascist Quarterly during the turbulent 1930s. This publication was a bold attempt by the British Union of Fascists to counter the influence of the Left Book Club, by providing an alternative intellectual platform for those writers and thinkers who subscribed to the Fascist and National Socialist creed.The series includes articles by Ezra Pound who highlights the problem of money and the Central Banking system, Anne Seelig-Thomann describes the achievements of Hitler, and the role of women in National Socialist Germany. Joseph Goebbels, outlining his vision of European Socialism, Vidkun Quisling, calling for the political unification of the Nordic race. General Franco's speech to the people of Spain, Major General J. F. C. Fuller, describes the Fascist attitude to War. Oswald Mosley provides an analysis of the political philosophy of Fascism. Alfred Rosenberg outlines the "World" philosophy of Fascism and National Socialism. Dr. Robert Ley describes the goals and achievements of the National Socialist "Strength through Joy" program, and Max Hunger describes the achievements of the German "Winter Relief Work."Whilst these and other writers in Fascist Voices shared common values in the Fascist creed, each had their own political agenda and loyalties. In Fascist Voices the reader will obtain not only an understanding of the vision and achievements of Fascism and National Socialism, but the reader will also understand why powerful economic and political vested interests sought their destruction. Some eighty years later, the world knows very little about the Fascist and National Socialist creed, except the lies and distortions provided by its opponents. The publication of Fascist Voices seeks to address that problem.