Want to listen to the audiobook Federer and Me: A Story of Obsession written by William Skidelsky?
MP3 Audiobook Player is here to help! 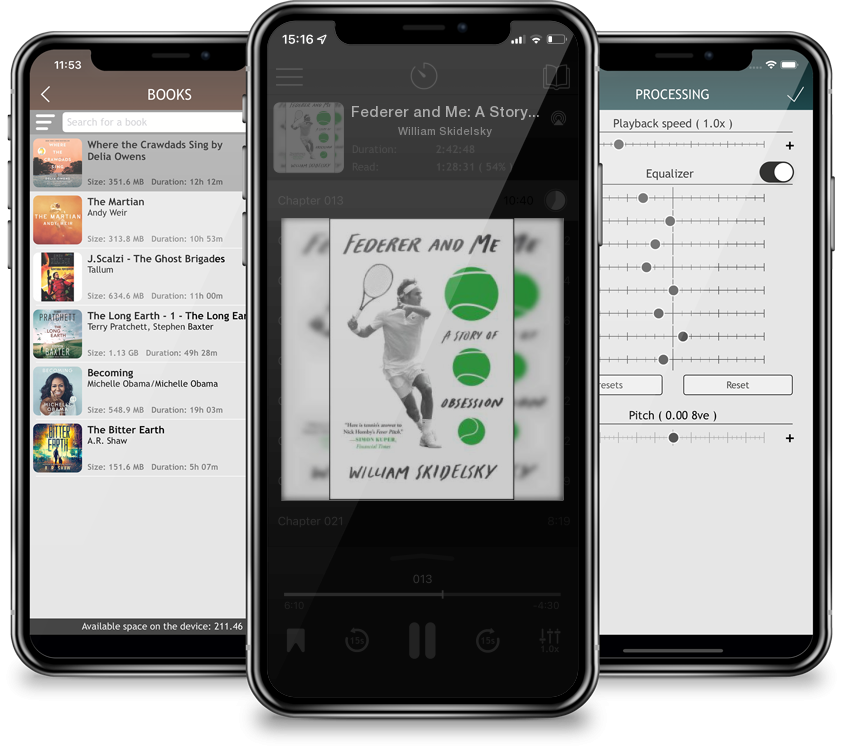 Federer and Me: A Story of Obsession

In this wildly entertaining and informative memoir reminiscent of Nick Hornby’s Fever Pitch—but set in the world of tennis—one man recounts his all-consuming obsession with Roger Federer and delves into the fascinating history of professional sports and fandom.For much of the past decade, William Skidelsky has had an obsessive devotion to Roger Federer, whom he considers to be the greatest and most graceful tennis player of all time. In this mesmerizing memoir, Skidelsky ponders what it is about the Swiss star that transfixes him and countless others. Skidelsky dissects the wonders of Federer’s forehand, reflects on his rivalry with Nadal, revels in his victories, and relives his most crushing defeats. But in charting his obsession, Skidelsky also weaves his own past into a captivating story that explores the evolution of modern tennis, the role of beauty in sports, and the psychology of fandom. Thought-provoking and beautifully written, Federer and Me is a frank, funny, and touching account of one fan’s life.