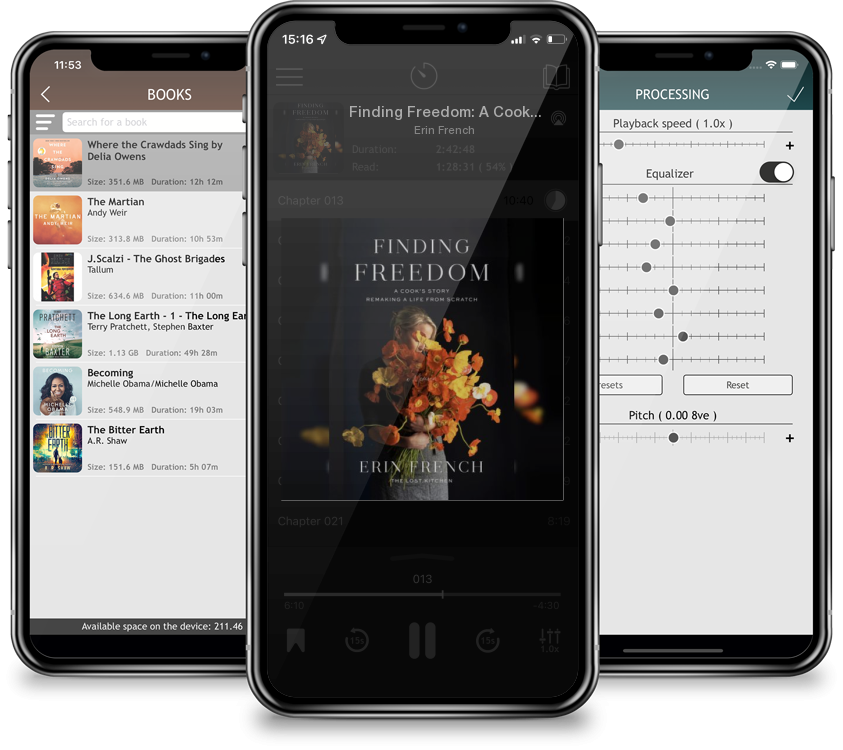 From Erin French, owner and chef of the critically acclaimed The Lost Kitchen, a TIME world dining destination, a life-affirming memoir about survival, renewal, and finding a community to lift her up Long before The Lost Kitchen became a world dining destination with every seating filled the day the reservation book opens each spring, Erin French was a girl roaming barefoot on a 25-acre farm, a teenager falling in love with food while working the line at her dad's diner and a young woman finding her calling as a professional chef at her tiny restaurant tucked into a 19th century mill. This singular memoir--a classic American story--invites readers to Erin's corner of her beloved Maine to share the real person behind the "girl from Freedom" fairytale, and the not-so-picture-perfect struggles that have taken every ounce of her strength to overcome, and that make Erin's life triumphant. In Finding Freedom, Erin opens up to the challenges, stumbles, and victories that have led her to the exact place she was ever meant to be, telling stories of multiple rock-bottoms, of darkness and anxiety, of survival as a jobless single mother, of pills that promised release but delivered addiction, of a man who seemed to offer salvation but in the end ripped away her very sense of self. And of the beautiful son who was her guiding light as she slowly rebuilt her personal and culinary life around the solace she found in food--as a source of comfort, a sense of place, as a way of bringing goodness into the world. Erin's experiences with deep loss and abiding hope, told with both honesty and humor, will resonate with women everywhere who are determined to find their voices, create community, grow stronger and discover their best-selves despite seemingly impossible odds. Set against the backdrop of rural Maine and its lushly intense, bountiful seasons, Erin reveals the passion and courage needed to invent oneself anew, and the poignant, timeless connections between food and generosity, renewal and freedom.