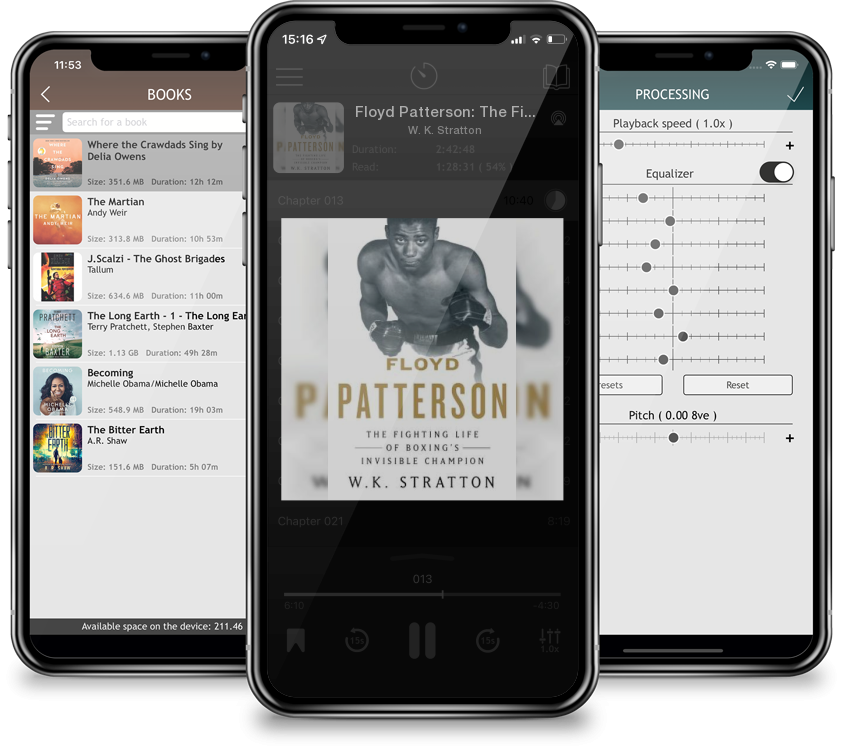 "A well-researched and overdue tribute. Like one of Patterson's reliable left hooks, Stratton sharply recounts the life of an important, but often forgotten, two-time world heavyweight champion." — Gary Andrew Poole, author of PacMan: Behind the Scenes with Manny PacquiaoIn 1956, Floyd Patterson became, at age twenty-one, the youngest boxer to claim the title of world heavyweight champion. Later, he was the first ever to lose and regain that honor.Here, the acclaimed author W. K. Stratton chronicles the life of "the Gentle Gladiator" — an athlete overshadowed by Ali's theatrics and Liston's fearsome reputation, and a civil rights activist overlooked in the Who's Who of race politics. From the Gramercy Gym and wildcard manager Cus D’Amato to the final rematch against Ali in 1972, Patterson's career spanned boxing's golden age. He won an Olympic gold medal, had bouts with Moore and Johansson, and was interviewed by James Baldwin, Gay Talese, and Budd Schulberg. A complex, misunderstood figure — he once kissed an opponent at the end of a match — he was known for his peekaboo stance and soft-spoken nature.Floyd Patterson was boxing’s invisible champion, but in this deeply researched and beautifully written biography he comes vividly to life and is finally given his due — as one of the most artful boxers of his time and as one of our great sportsmen, a man who shaped the world in and out of the ring.