Want to listen to the audiobook Fortune's Fool: The Life of John Wilkes Booth written by Terry Alford?
MP3 Audiobook Player is here to help! 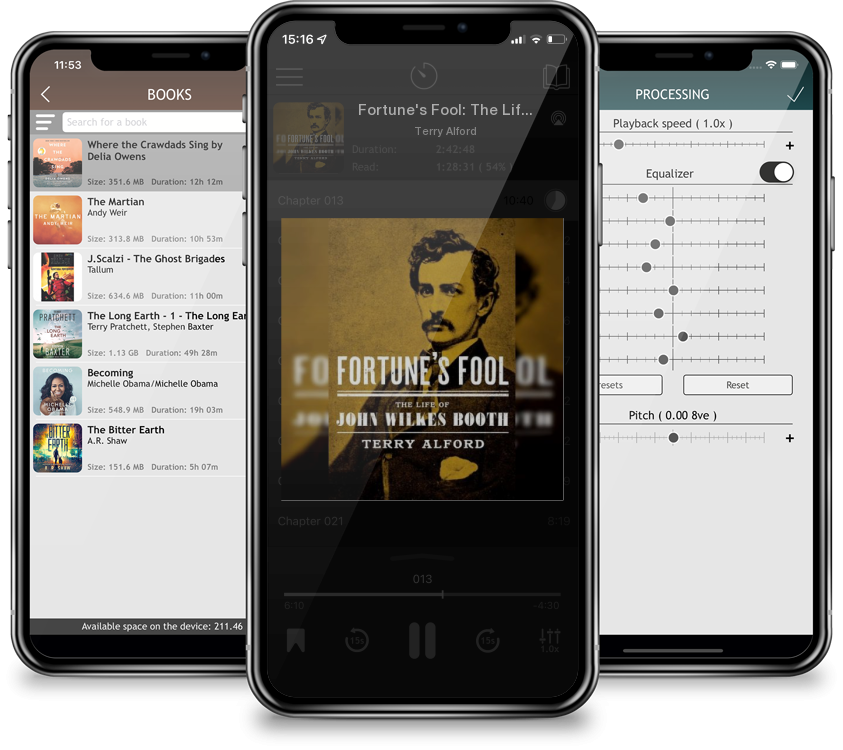 With a single shot from a pistol small enough to conceal in his hand, John Wilkes Booth catapulted into history on the night of April 14, 1865. The assassination of President Abraham Lincoln stunned a nation that was just emerging from the chaos and calamity of the Civil War, and thepresident's untimely death altered the trajectory of postwar history. But to those who knew Booth, the event was even more shocking--for no one could have imagined that this fantastically gifted actor and well-liked man could commit such an atrocity. In Fortune's Fool, Terry Alford provides the first comprehensive look at the life of an enigmatic figure whose life has been overshadowed by his final, infamous act. Tracing Booth's story from his uncertain childhood in Maryland, characterized by a difficult relationship with his famous actorfather, to his successful acting career on stages across the country, Alford offers a nuanced picture of Booth as a public figure, performer, and deeply troubled man. Despite the fame and success that attended Booth's career--he was billed at one point as the youngest star in the world--he foundhimself consumed by the Confederate cause and the desire to help the South win its independence. Alford reveals the tormented path that led Booth to conclude, as the Confederacy collapsed in April 1865, that the only way to revive the South and punish the North for the war would be to murderLincoln--whatever the cost to himself or others. The textured and compelling narrative gives new depth to the familiar events at Ford's Theatre and the aftermath that followed, culminating in Booth's capture and death at the hands of Union soldiers 150 years ago. Based on original research into government archives, historical libraries, and family records, Fortune's Fool offers the definitive portrait of John Wilkes Booth.