Want to listen to the audiobook Free Spirit: Growing Up On the Road and Off the Grid written by Joshua Safran?
MP3 Audiobook Player is here to help! 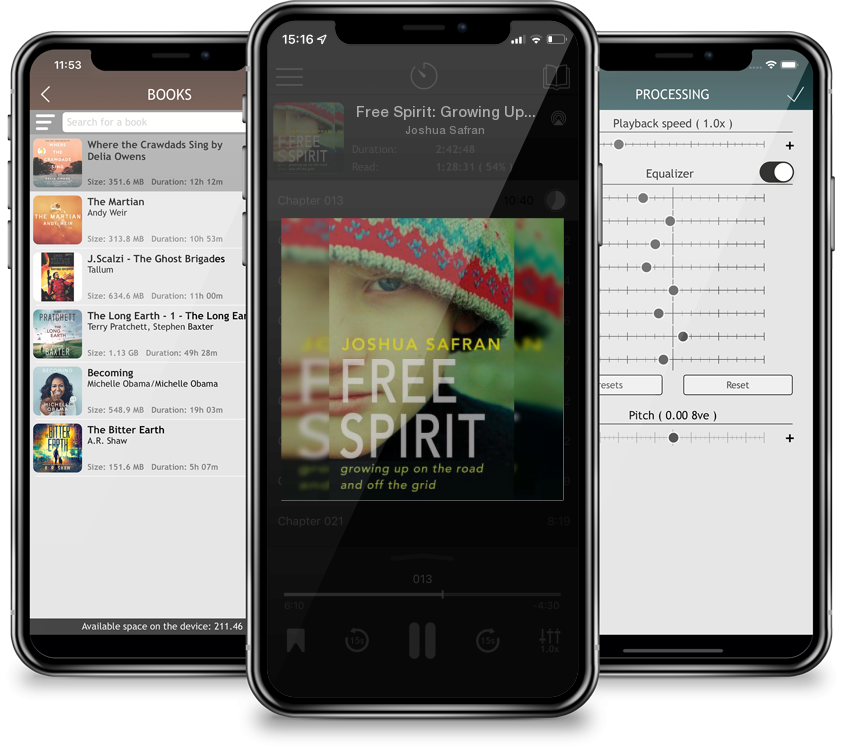 Free Spirit: Growing Up On the Road and Off the Grid

An Unforgettable Journey Through an Unconventional Childhood When Joshua Safran was four years old, his mother--determined to protect him from the threats of nuclear war and Ronald Reagan -- took to the open road with her young son, leaving the San Francisco countercultural scene behind. Together they embarked on a journey to find a utopia they could call home. InFree Spirit, Safran tells the harrowing, yet wryly funny story of his childhood chasing this perfect life off the grid--and how they survived the imperfect one they found instead. Encountering a cast of strange and humorous characters along the way, Joshua spends his early years living in a series of makeshift homes, including shacks, teepees, buses, and a lean-to on a stump. His colorful youth darkens, however, when his mother marries an alcoholic and abusive guerrilla/poet. Throughout it all, Joshua yearns for a "normal" life, but when he finally reenters society through school, he finds "America" a difficult and confusing place. Years spent living in the wilderness and discussing Marxism have not prepared him for the Darwinian world of teenagers, and he finds himself bullied and beaten by classmates who don't share his mother's belief about reveling in one's differences. Eventually, Joshua finds the strength to fight back against his tormentors, both in school and at home, and helps his mother find peace. But Free Spirit is more than just a coming-of-age story. It is also a journey of the spirit, as he reconnects with his Jewish roots; a tale of overcoming adversity; and a captivating read about a childhood unlike any other.