Want to listen to the audiobook From Midnight to Guntown: True Crime Stories from a Federal Prosecutor in Mississippi written by Estate Of John Hailman?
MP3 Audiobook Player is here to help! 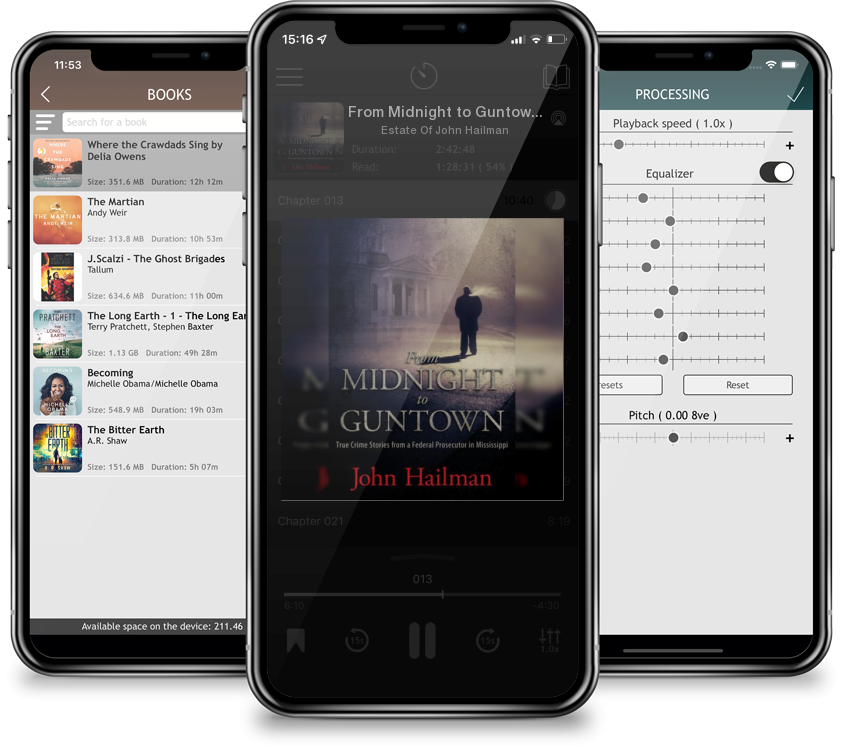 From Midnight to Guntown: True Crime Stories from a Federal Prosecutor in Mississippi

As a federal prosecutor in Mississippi for over thirty years, John Hailman worked with federal agents, lawyers, judges, and criminals of every stripe. In From Midnight to Guntown, he recounts amazing trials and bad guy antics from the darkly humorous to the needlessly tragic. In addition to bank robbers--generally the dumbest criminals--Hailman describes scam artists, hit men, protected witnesses, colorful informants, corrupt officials, bad guys with funny nicknames, over-the-top investigators, and those defendants who had a certain roguish charm. Several of his defendants and victims have since had whole books written about them: Dickie Scruggs, Emmett Till, Chicago gang leader Jeff Fort, and Paddy Mitchell, leader of the most successful bank robbery gang of the twentieth century. But Hailman delivers the inside story no one else can. He also recounts his scary experiences after 9/11 when he prosecuted terrorism cases.