Want to listen to the audiobook General Patton's Principles for Life and Leadership written by Porter B. Williamson?
MP3 Audiobook Player is here to help! 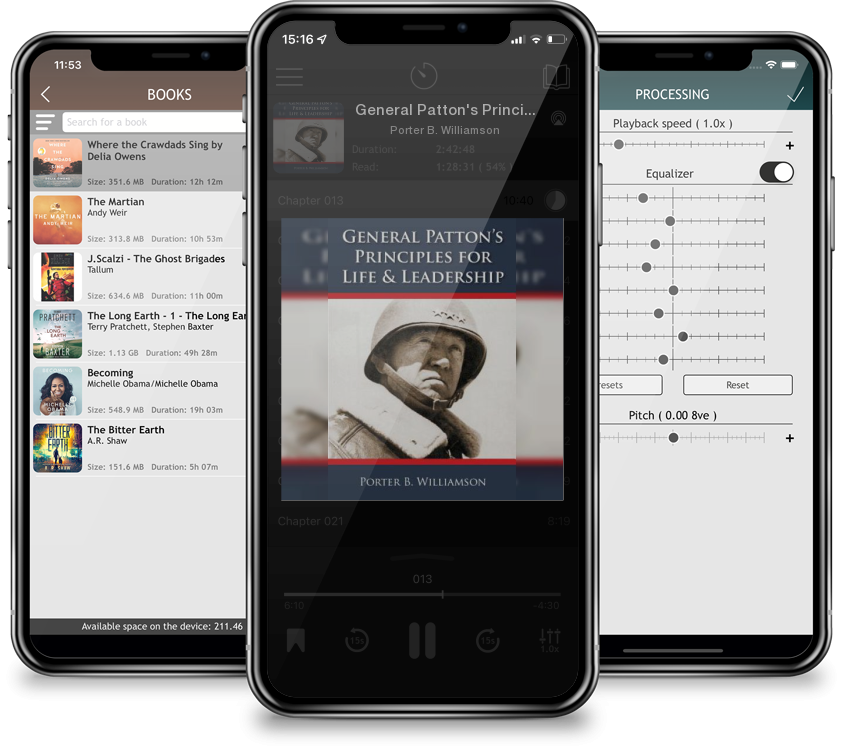 This is the original, first person account of the principles by which General Patton lived his life and led his men. The book was warmly endorsed by both General Patton's son and daughter as being true to the character of their Father -- his drive, his indomitable will, his faith, his genius as a warrior, and especially of the extraordinary bond with his troops. The many principles are grouped within the topics: Leadership, Command & Management, Fitness, Pride-Courage-Confidence, Decisions, Success, and Life & Death. New to the 5th edition: Newspaper interviews with the soldier involved in the slapping incident (not previously published in book form) -- web references to speeches and historical material added -- bibliography and endnotes added.