Want to listen to the audiobook Genghis Khan and the Quest for God: How the World's Greatest Conqueror Gave Us Religious Freedom written by Jack Weatherford?
MP3 Audiobook Player is here to help! 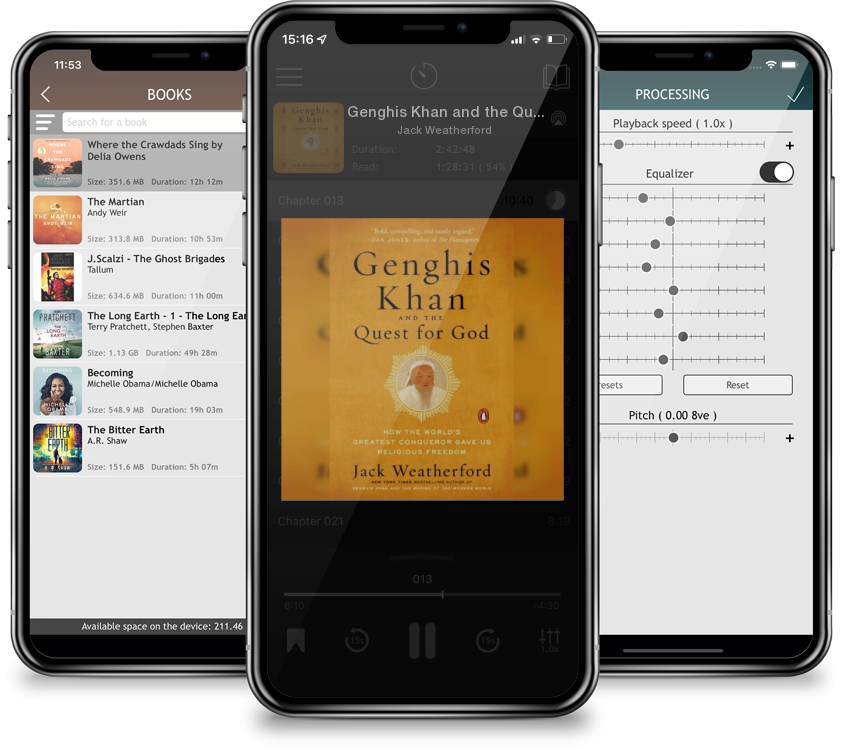 Genghis Khan and the Quest for God: How the World's Greatest Conqueror Gave Us Religious Freedom

A landmark biography by the New York Times bestselling author of Genghis Khan and the Making of the Modern World that reveals how Genghis harnessed the power of religion to rule the largest empire the world has ever known. Throughout history the world's greatest conquerors have made their mark not just on the battlefield, but in the societies they have transformed. Genghis Khan conquered by arms and bravery, but he ruled by commerce and religion. He created the world's greatest trading network and drastically lowered taxes for merchants, but he knew that if his empire was going to last, he would need something stronger and more binding than trade. He needed religion. And so, unlike the Christian, Taoist and Muslim conquerors who came before him, he gave his subjects freedom of religion. Genghis lived in the 13th century, but he struggled with many of the same problems we face today: How should one balance religious freedom with the need to reign in fanatics? Can one compel rival religions - driven by deep seated hatred--to live together in peace? A celebrated anthropologist whose bestselling Genghis Khan and the Making of the Modern World radically transformed our understanding of the Mongols and their legacy, Jack Weatherford has spent eighteen years exploring areas of Mongolia closed until the fall of the Soviet Union and researching The Secret History of the Mongols, an astonishing document written in code that was only recently discovered. He pored through archives and found groundbreaking evidence of Genghis's influence on the founding fathers and his essential impact on Thomas Jefferson. Genghis Khan and the Quest for God is a masterpiece of erudition and insight, his most personal and resonant work.