Want to listen to the audiobook George P. Mitchell: Fracking, Sustainability, and an Unorthodox Quest to Save the Planet (Kenneth E. Montague Series in Oil and Business History #26) written by Loren C. Steffy?
MP3 Audiobook Player is here to help! 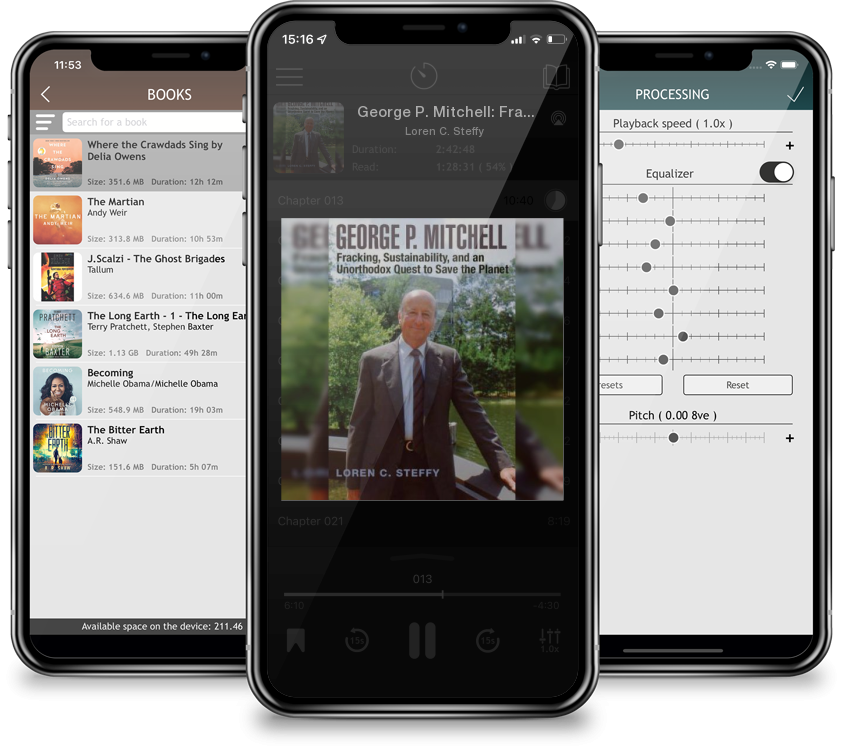 George P. Mitchell: Fracking, Sustainability, and an Unorthodox Quest to Save the Planet (Kenneth E. Montague Series in Oil and Business History #26)

Upon George Mitchell’s death in 2013, The Economist proclaimed, “Few businesspeople have done as much to change the world as George Mitchell,” a billionaire Texas oilman who defied the stereotypical swagger so identified with that industry. In George P. Mitchell: Fracking, Sustainability, and an Unorthodox Quest to Save the Planet, award-winning author Loren C. Steffy offers the first definitive biography of Mitchell, placing his life and legacy in a global context, from the significance of his discoveries to the lingering controversies they inspired.   Mitchell will forever be known as “the father of fracking,” but he didn’t invent the drilling process; he perfected it and made it profitable, one of many varied ventures he pursued for years. Long before his company ever fracked a well, he pioneered sustainable development by creating The Woodlands, near Houston, one of the first and most successful master-planned communities. Its focus on environmental protection and livability redefined the American suburb.  This apparent contradiction between his energy interests and environmental pursuits, which his son Todd dubbed “the Mitchell Paradox,” was just one of many that defined Mitchell’s life. Anyone who puts fuel in a tank or turns on a light switch has benefited from Mitchell’s efforts. This compelling biography reveals Mitchell as a modern renaissance man who sought to make the world a better, more livable place, a man whose unbounded intellectual curiosity led him to support a wide range of interests in business, science, and philanthropy.