Want to listen to the audiobook German Jerusalem: The Remarkable Life of a German-Jewish Neighborhood in the Holy City written by Thomas Sparr?
MP3 Audiobook Player is here to help! 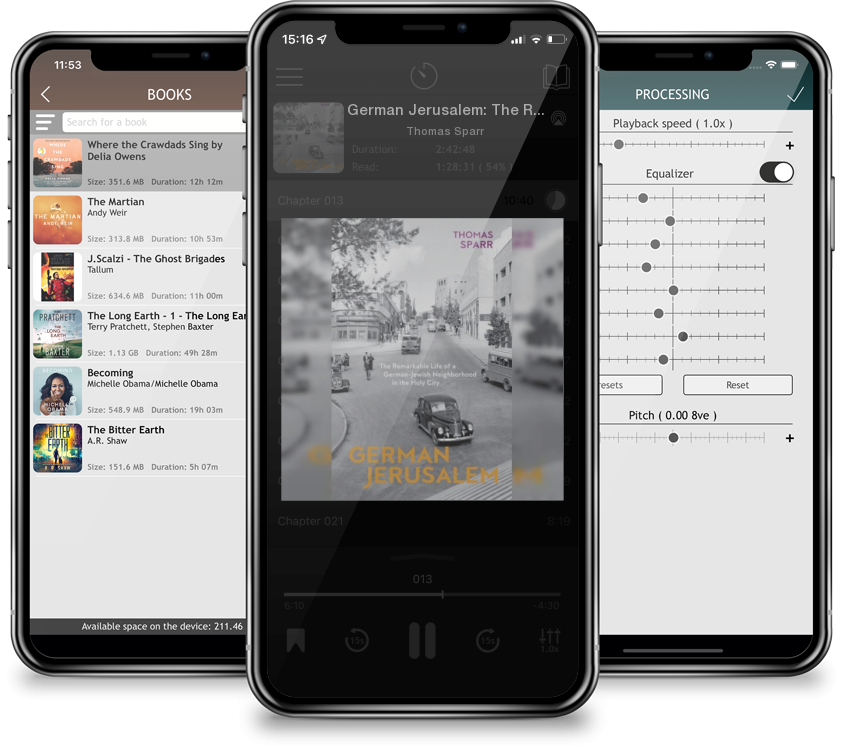 German Jerusalem: The Remarkable Life of a German-Jewish Neighborhood in the Holy City

In the 1920s, before the establishment of Israel, a group of German Jews settled in a garden city on the outskirts of Jerusalem. During World War II, their quiet community, nicknamed Grunewald on the Orient, emerged as both an immigrant safe haven and a lively expatriate hotspot, welcoming many famous residents including poet-playwright Else Lasker-Schüler, historian Gershom Scholem, and philosopher Martin Buber. It was an idyllic setting, if fraught with unique tensions on the fringes of the long-divided holy city. After the war, despite the weight of the Shoah, the neighborhood miraculously repaired shattered bonds between German and Israeli residents. In German Jerusalem, Thomas Sparr opens up the history of this remarkable community and the forgotten borderland they called home.