Want to listen to the audiobook Gertrude Bell: Queen of the Desert, Shaper of Nations written by Georgina Howell?
MP3 Audiobook Player is here to help! 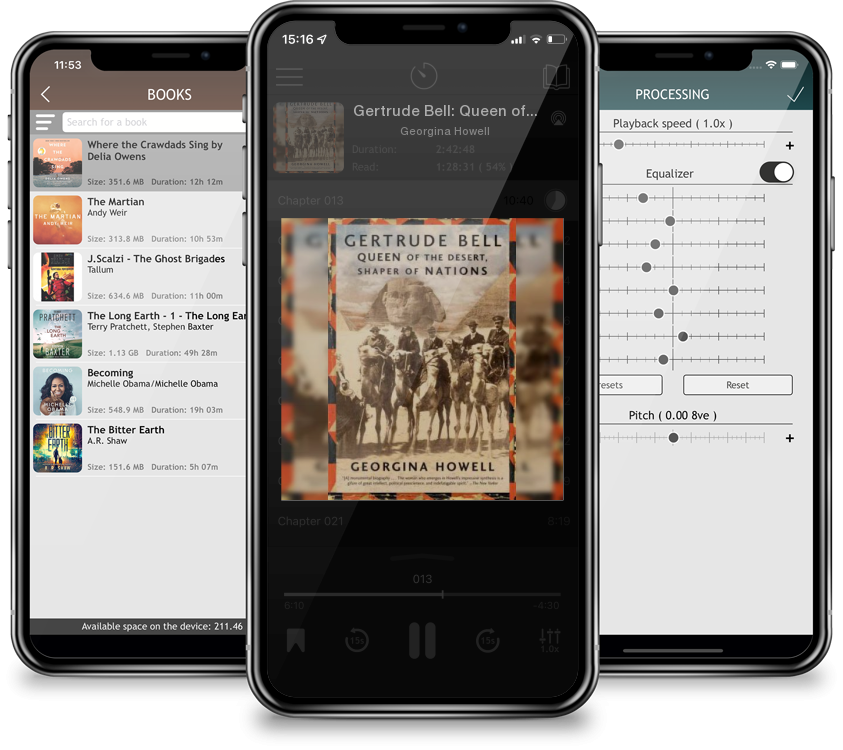 Gertrude Bell: Queen of the Desert, Shaper of Nations

A marvelous tale of an adventurous life of great historical importShe has been called the female Lawrence of Arabia, which, while not inaccurate, fails to give Gertrude Bell her due. She was at one time the most powerful woman in the British Empire: a nation builder, the driving force behind the creation of modern-day Iraq. Born in 1868 into a world of privilege, Bell turned her back on Victorian society, choosing to read history at Oxford and going on to become an archaeologist, spy, Arabist, linguist, author (of Persian Pictures, The Desert and the Sown, and many other collections), poet, photographer, and legendary mountaineer (she took off her skirt and climbed the Alps in her underclothes).She traveled the globe several times, but her passion was the desert, where she traveled with only her guns and her servants. Her vast knowledge of the region made her indispensable to the Cairo Intelligence Office of the British government during World War I. She advised the Viceroy of India; then, as an army major, she traveled to the front lines in Mesopotamia. There, she supported the creation of an autonomous Arab nation for Iraq, promoting and manipulating the election of King Faisal to the throne and helping to draw the borders of the fledgling state. Gertrude Bell, vividly told and impeccably researched by Georgina Howell, is a richly compelling portrait of a woman who transcended the restrictions of her class and times, and in so doing, created a remarkable and enduring legacy." â€¦ thereâ€™s never a dull moment in the peerless life of this trailblazing character." - Kirkus Reviews