Want to listen to the audiobook Ghost Stories of Pennsylvania written by Dan Asfar?
MP3 Audiobook Player is here to help! 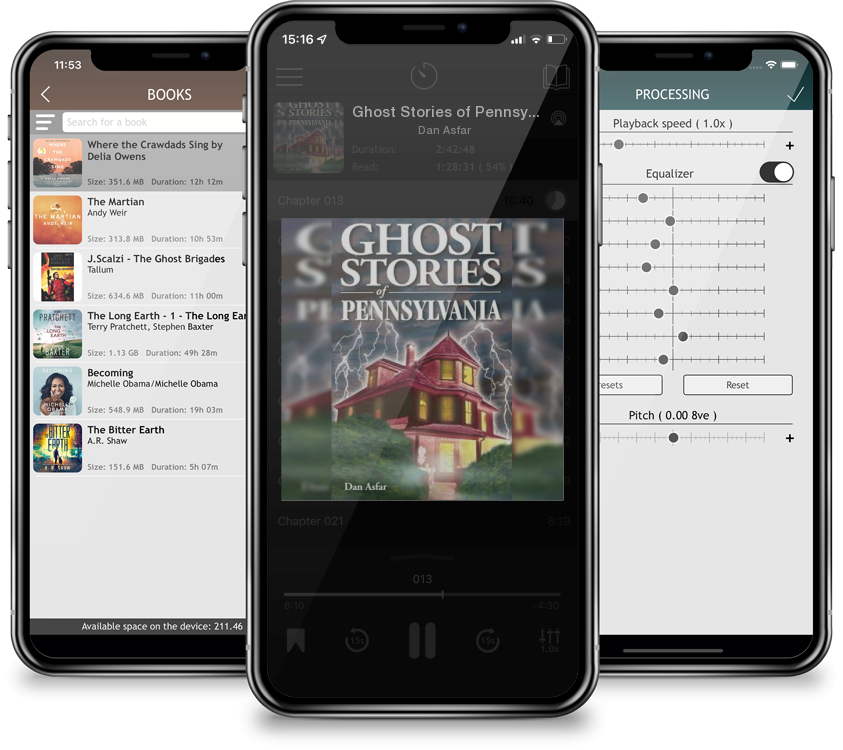 The rich history of Pennsylvania is filled with the unexplained: frightening specters, mysterious apparitions and haunted buildings. Join Dan Asfar as he recounts the Keystone State's most intriguing ghost stories: * Phantoms materialize and eerie lights flash at historic Gettysburg, America's most famous -- and haunted - battlefield. * In a fountain at the notorious Baleroy Mansion in Philadelphia, a young boy sees a skull in place of his own reflection -- a strange premonition of his sudden death a month later. * Every New Year's Day, the spirit of colonial war hero Anthony Wayne wanders Route 322, still frustrated that his earthly remains were buried in separate graves * A three-year-old girl takes a fatal fall while her father paints her portrait, causing it to be inexplicably possessed by her forlorn spirit. * Two mysterious suicides cause a spike in paranormal activity in Tamaqua's haunted Elks Club. * Deceased convicts, driven to insanity by abuse, return to haunt the Eastern State Penitentiary, the first prison where solitary confinement was used. * With strange and often terrifying consequences, Pennsylvania ghosts appear in Pittsburgh, Radnor, Newtown, Lancaster, Hollidaysburg, Bedford, Altoona, New Hope, London Britain Township and more.