Want to listen to the audiobook Giving Up the Ghost: A Memoir written by Hilary Mantel?
MP3 Audiobook Player is here to help! 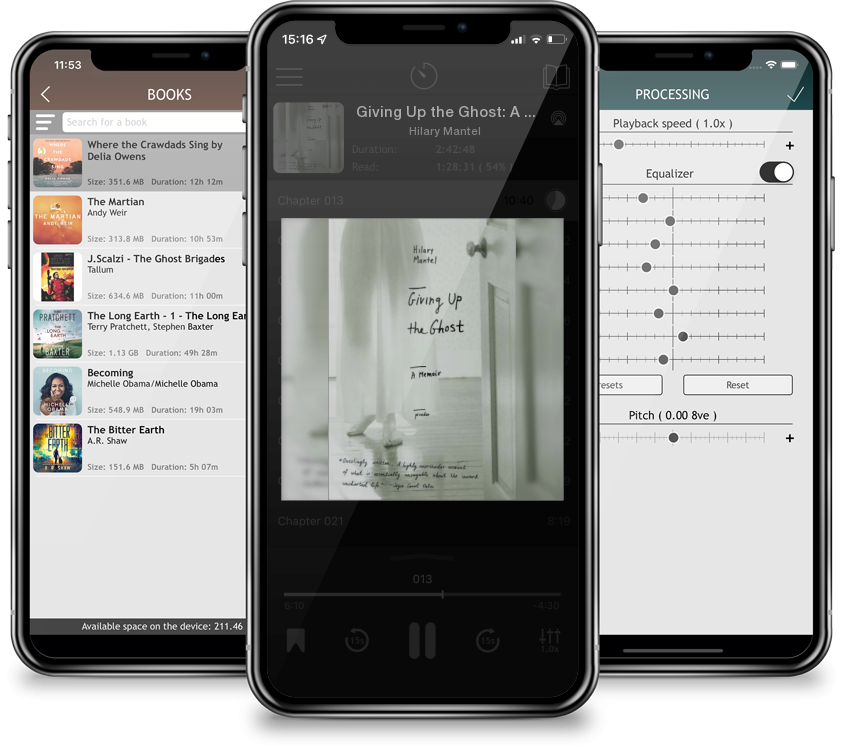 Giving Up the Ghost: A Memoir

New York Times bestselling author Hilary Mantel, two-time winner of the Man Booker Prize, is one of the world’s most accomplished and acclaimed fiction writers. Giving Up the Ghost, is her dazzling memoir of a career blighted by physical pain in which her singular imagination supplied compensation for the life her body was denied.Selected by the New York Times as one of the 50 Best Memoirs of the Past 50 Years“The story of my own childhood is a complicated sentence that I am always trying to finish, to finish and put behind me.”In postwar rural England, Hilary Mantel grew up convinced that the most extraordinary feats were within her grasp. But at nineteen, she became ill. Through years of misdiagnosis, she suffered patronizing psychiatric treatment and destructive surgery that left her without hope of children. Beset by pain and sadness, she decided to “write herself into being”—one novel after another. This wry and visceral memoir will certainly bring new converts to Mantel’s dark genius.“Mesmerizing.”—The New York Times