Want to listen to the audiobook God or Nothing: A Conversation on Faith written by Cardinal Robert Sarah?
MP3 Audiobook Player is here to help! 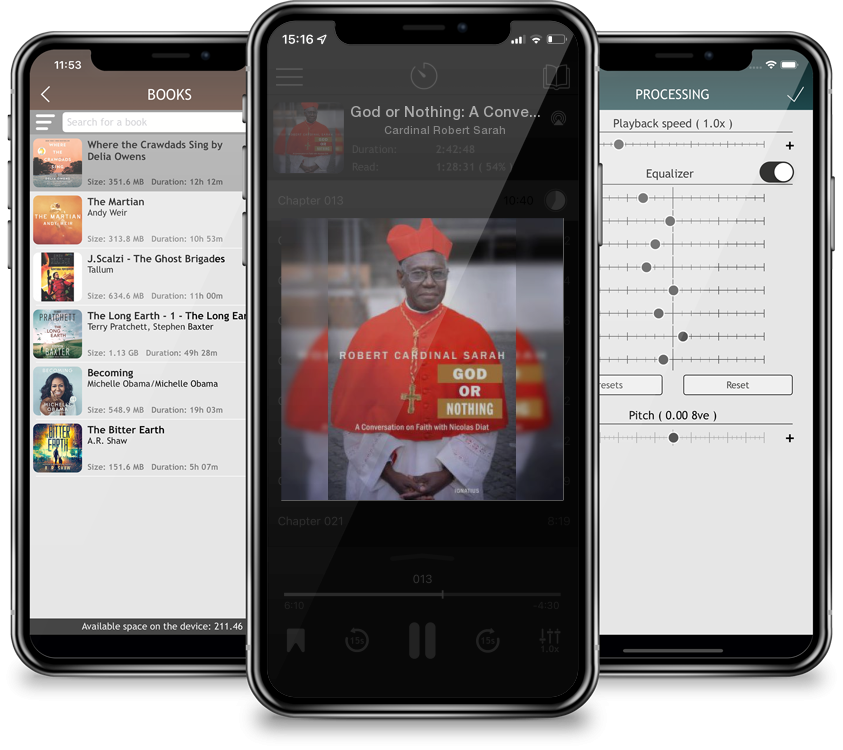 God or Nothing: A Conversation on Faith

"The idea of putting Magisterial teaching in a beautiful display case while separating it from pastoral practice, which then could evolve along with circumstances, fashions, and passions, is a sort of heresy, a dangerous schizophrenic pathology.  I therefore solemnly state that the Church in Africa is staunchly opposed to any rebellion against the teaching of Jesus and of the Magisterium. . . .  The Church of Africa is committed in the name of the Lord Jesus to keeping unchanged the teaching of God and of the Church."— Robert Cardinal Sarah In this fascinating autobiographical interview, one of the most prominent and outspoken Catholic Cardinals gives witness to his Christian faith and comments on many current controversial issues. The mission of the Church, the joy of the gospel, the “heresy of activism”, and the definition of marriage are among the topics he discusses with wisdom and eloquence.Robert Cardinal Sarah grew up in Guinea, West Africa. Inspired by the missionary priests who made great sacrifices to bring the Faith to their remote village, his parents became Catholics. Robert discerned a call to the priesthood and entered the seminary at a young age, but due to the oppression of the Church by the government of Guinea, he continued his education outside of his homeland. He studied in France and nearby Senegal. Later he obtained a licentiate in theology at the Pontifical Gregorian University in Rome, followed by a licentiate in Sacred Scripture at the Studium Biblicum Franciscanum of Jerusalem.At the age of thirty-four he became the youngest Bishop in the Catholic Church when John Paul II appointed him the Archbishop of Conakry, Guinea, in 1979. His predecessor had been imprisoned by the Communist government for several years, and when Archbishop Sarah was targeted for assassination John Paul II called him to Rome to be Secretary of the Congregation for the Evangelization of Peoples. In 2010 Pope Benedict XVI named him Cardinal and appointed him Prefect of the Pontifical Council Cor Unum. Pope Francis made him Prefect of the Congregation for Divine Worship and the Discipline of the Sacraments in 2014.